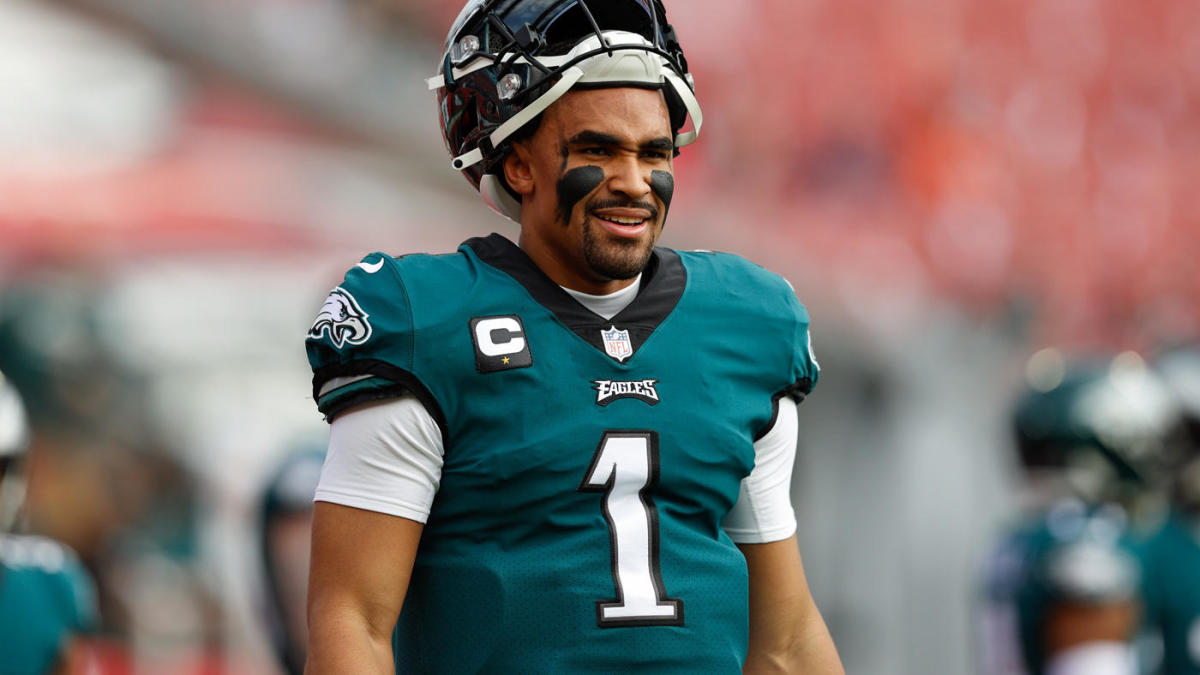 The NFL season is still months away, but it’s never too early to talk potential breakout players. It’s always nice to see players that you wouldn’t expect to have a huge season to have a great season and surprise everyone. Cooper Kupp was that for me last year, I was not expecting him to have nearly 2,000 receiving yards and be a potential MVP candidate from the wide receiver position, but he really was.

Let’s get into some potential breakout players at offensive positions…

Jalen Hurts might not have the biggest arm, but he’s truly a leader in every sense of the word. That’s extremely important as a quarterback and the leader of an offense. If Hurts can improve his accuracy a bit and learn to find a better balance between running with the ball and making a play with his arm, the Eagles passing offense could take off. After acquiring AJ Brown and also having DeVonta Smith, Hurts is bound to have a breakout season passing the ball.

We know he can run with the ball in his hands, but if he’s forced to make a play with his arm, will he able to? That’s what will determine his potential breakout season in his 3rd year.

Elijah Mitchell was extremely productive in the play time that he got in his rookie year. He had 963 rushing yards and 137 receiving yards while only playing about 11 games and starting only 10 of those. If you project that over a full season, he’d have nearly 1,500 rushing yards. He’s able to bump off tacklers and push through for yardage inside. When Mitchell was given the opportunity, he made plays, posting 5 100-yard games in the 11 games he played.

With the inconsistencies at quarterback with Jimmy Garroppolo, the 49ers would be wise to use Elijah Mitchell in a bell-cow type role like the Colts do with Johnathan Taylor. Don’t be surprised if Mitchell has over 1,300 rushing yards this upcoming season.

Meyers seemed to have a great rapport with young quarterback Mac Jones in their first year playing together. I expect that connection to grow and become much better in their 2nd year together. Meyers will be playing for a contract this upcoming season and I expect him to have a big season. Meyers isn’t the most physically gifted receiver, posting a 40-yard of 4.63, but he’s able to beat you with excellent route-running and field awareness.

Going into a contract year, I expect Jakobi Meyers to put up big numbers in order to get a huge extension from the Patriots or a big offer like Christian Kirk from another team.

The Bengals are already extremely loaded at the receiving position, but Hurst will still find a way to be productive this season. Although CJ Uzomah was a decent weapon for Burrow this past year, I’m expecting Hurst to provide a bigger boost. Hurst has a great combination of size and speed and great hands that I believe Burrow will find a way to utilize.

Getting Hurst in the seam or even in a quick 6-yard out route, Burrow will find ways to utilize Hurst. The biggest way Hurst will have an impact this season won’t necessarily be in the receiving yard column, but more of in the receiving touchdowns. Although the Bengals were a great offensive team this past year, they could’ve done better in the red zone. Enter Hayden Hurst. Hurst should become a reliable target for Burrow this upcoming season in the red zone as a big target to go to consistently.

I believe the Jets will take a big step this upcoming year. They made great moves, both in free agency and also the draft. The Jets used a top 15 pick on Vera-Tucker in last year’s draft and it should pay off dividends this upcoming season. Vera-Tucker showed flashes of being a top guard in his rookie year, being able to move guys off the line, and also showed a sense of elite footwork as well at times.

If he can clean up the penalties (5) and work on getting a bit stronger, he should have a breakout season for the Jets this upcoming year.

Is Ja’Marr Chase a Top 5 Wide Receiver Already?
2022 AFC West Preview: Best Division in the NFL?
Would you like to get Notifications for new articles?    OK No thanks