Top Stories at Midpoint of the NBA Season 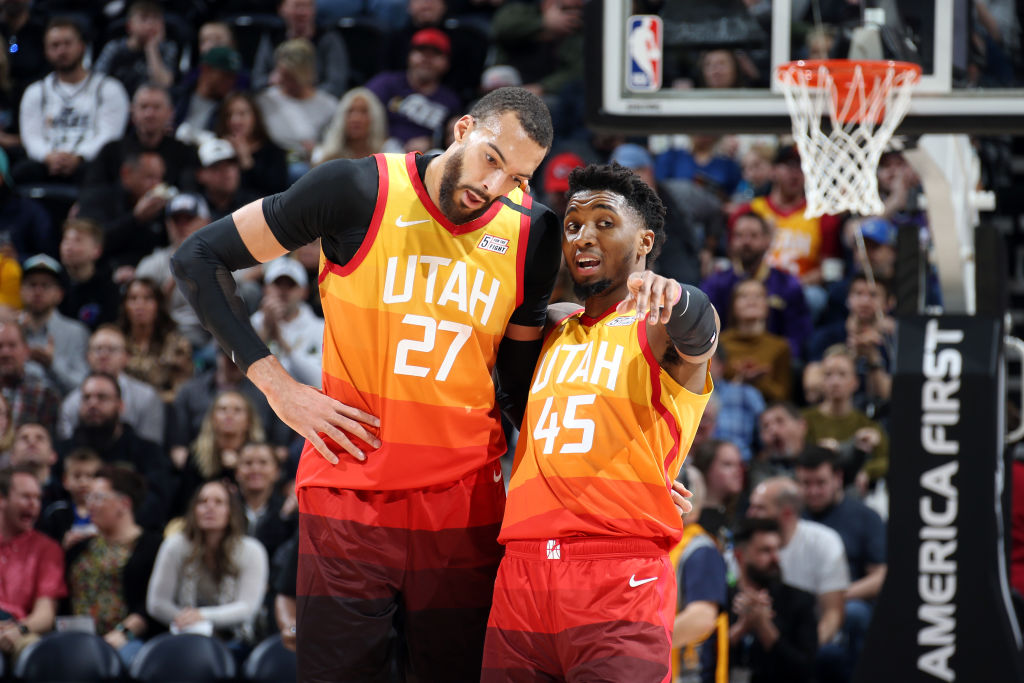 We’re a few games past the halfway mark and the ASG break, and, as of now one thing is certain; this has been one of the craziest seasons in NBA history. With teams like the Boston Celtics and Denver Nuggets, franchises that both found themselves on the cusp of facing each other in the Finals, now struggling to stay in the playoff picture, let alone title contention, the league is doing all it can to stop the powers of the Lakers in the West and the Nets in the East.

The Chicago Bulls and New York Knicks have found themselves taking advantage of a very top-heavy Eastern Conference, while the Spurs have found resurrections in the likes of former stars and young talent and staying in the middle of the playoff race. Buyouts are as anticipated as trades, superstars everywhere are stuck in shaky situations, and in a year with a loaded draft, nobody seems to want to tank. Let’s reflect on this one-of-a-kind half of a season.

The Utah Jazz have come from the depths of mediocrity to the creme de la creme of the NBA. After a disappointing end to their season in the bubble, the Jazz have come back swinging with a chip on their shoulder and are top five in both offense and defense in the NBA. Not to mention, also 3rd in 3 point percentage so far. Their success has been consistent over the course of the months thus far, but their utter dominance is starting to come to a slight falter.

With All-Star Weekend coming up, the team will be sure to capitalize on the break to gear up for what they hope to be a revenge tour of the playoffs after being written off all year. With the addition of Ersan Ilyasova, they’ve added more toughness and shooting, and with Houston’s P.J Tucker on their trade radar, they might stand in the way of Larry staying in L.A.

Struggling Teams in the East

One thing that’s been clearly evident is the East is wide open. As of March 12, six games separate the 14th seed Magic and the fourth seed Celtics, while in the West that difference between the Clippers and the Rockets is 14 games. In the regular season, especially one plagued with a virus, teams are bound to experience peaks and valleys, the key is to not let the highs get too high and the lows get too low because five games can be flipped like that in the league this year.

Luckily for teams like Boston, Miami, and Toronto, they’ll have some cushion to experience the growing pains that come with the season that they’ve suffered this year. However, these three teams have expectations to live up to, so a big trade may be on the horizon for all three.

The James Harden trade shook the NBA to its core, resulting in a cold war of a trade season in the NBA (D-Rose and KPJ trades aside), with nearly every team holding their assets close to their chests. Despite a disappointing season, which has shown some signs of growth, the Washington Wizards and Bradley Beal mutually refuse to part ways and it has fans everywhere puzzled and questioning if they’re trying to deke us or if they have something else up their sleeve, or if they even know what they’re doing at all. This, as well as the Chicago Bulls resurgence, has left their future pieces as in the air as their playoff odds.

The Derrick Rose trade has surely helped the Knicks playoff odds, but it doesn’t bring them into serious second-round contention by any means. Several teams have several assets that true contenders could use, but timing from seemingly irrelevant teams may be the most key thing in keeping this trade season from reaching its potential.

The Nets keep on adding player after player, and with the recent addition of Blake Griffin, teams everywhere are looking to keep pace. Look for teams Like the Suns, 76ers, Lakers, and Celtics to be major buyers, while teams like the Rockets, Kings, Pelicans, and Magic will be the main sellers.

The list goes on this year from the Jazz catapulting to the top of the NBA and the teams of the East like the Knicks, Hornets, Raptors, Celtics, Heat. While the NY and Charlotte teams are exceeding expectations, the Heat, Celtics, and Raptors have nearly fallen out of the playoffs or have on several times on occasion, and all sitting at or a game around .500.

Not mentioned were the Atlanta Hawks who fall into a category with the New Orleans Pelicans as teams with expectations coming into the year, with prominent young stars like Zion Williamson, Trae Young, Brandon Ingram, Lonzo Ball, John Collins, and plenty of others all poised to make major leaps. With both teams picking up useful veterans to help with depth and growth in the offseason, neither has lived up to the hype set for them coming into the year.

The Mavericks could also be included with those last two teams, but what sets them apart from the rest however is that I’m projecting them to have a stronger second half than the first. Elsewhere in the West, the Spurs have quietly snuck into the sixth seed and have remained rock solid all year, even capitalizing on a win against a hurt Brooklyn team.

The Suns have lived up to expectations and then some, sitting pretty in the 2nd spot in the West after Chris Paul has come in and introduced a winning mentality to everyone top to bottom. They’re most likely a piece or two away from true contention, but a crazy season could help the Suns go far.

Caris Levert to Return vs the Suns Tomorrow
Looking at the Award Races Halfway Into the NBA Season
Would you like to get Notifications for new articles?    OK No thanks