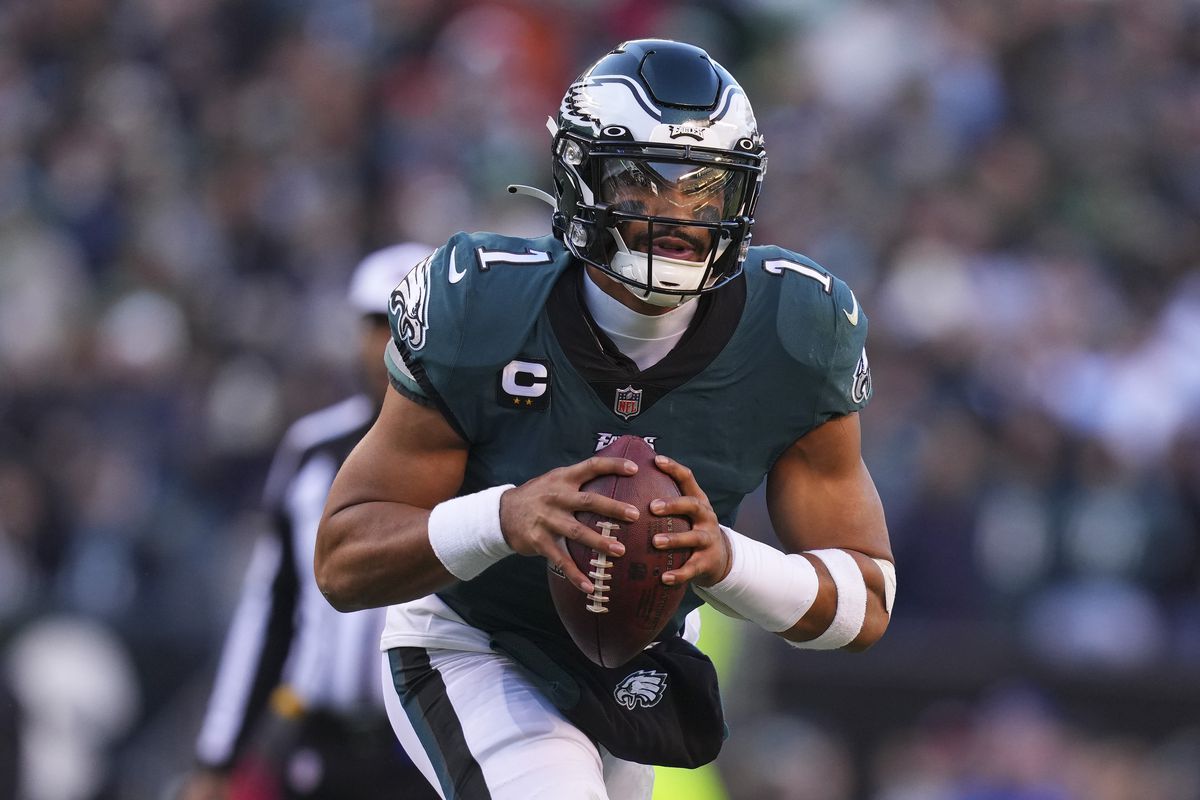 It’s been 13 weeks into the NFL regular season and we’ve all got a pretty good idea of who’s at the top of the MVP race now. For a good portion of the season, Josh Allen and Tua Tagovailoa were in the MVP race but after some questionable performances in key moments has hurt them in the race.

Patrick Mahomes has been spectacular this whole season other than a few hiccups (vs Bengals). He’s thrown for 30 touchdowns (leading the league) this year and only 8 interceptions after many expected him to have a down year after the Tyreek Hill trade.

The Chiefs are one of the best teams in the entire NFL and Mahomes is a huge reason why. His ability to make plays with his arm, and while being on the run has been arguably the best in the league for a while now. If Mahomes wins his 2nd MVP award, don’t be surprised.

I mean… arguably the best player on the best team in the league right? Jalen Hurts has shut down all his naysayers that said he can’t sit in the pocket and pass and has had a stellar season with his arm this season. He’s thrown for 18 touchdowns and only thrown 3 interceptions all year. The Eagles are currently the #1 seed in the NFC with an 11-1 record and Hurts is the reason why. He constantly has shown to be a threat with his legs and making quick decisions and reads with his mind and arm.

Really excited to see how Hurts plays this postseason after a lackluster performance last playoffs.

If you looked at Joe Burrow’s Week 1 performance, you’d laugh at this. After throwing 4 interceptions in his first game, Burrow has thrown 23 touchdowns and 4 interceptions and has had huge games and wins over the Tennessee Titans and the heavily-favored Kansas City Chiefs. What Joe Burrow lacks in his arm strength, he makes up with his ability to read defenses and make the correct throw with pinpoint accuracy.

Many didn’t think Burrow would be able to survive without Ja’Marr Chase, but all he did was go 3-1 and beat the Titans tough defense without him. Burrow’s confidence, leadership, and mental ability in the pocket has propelled him into the MVP race.

Top 10 Quarterbacks In the NFL Through 10 Weeks
Current Super Bowl Odds Going Into Week 18
Would you like to get Notifications for new articles? OK No thanks