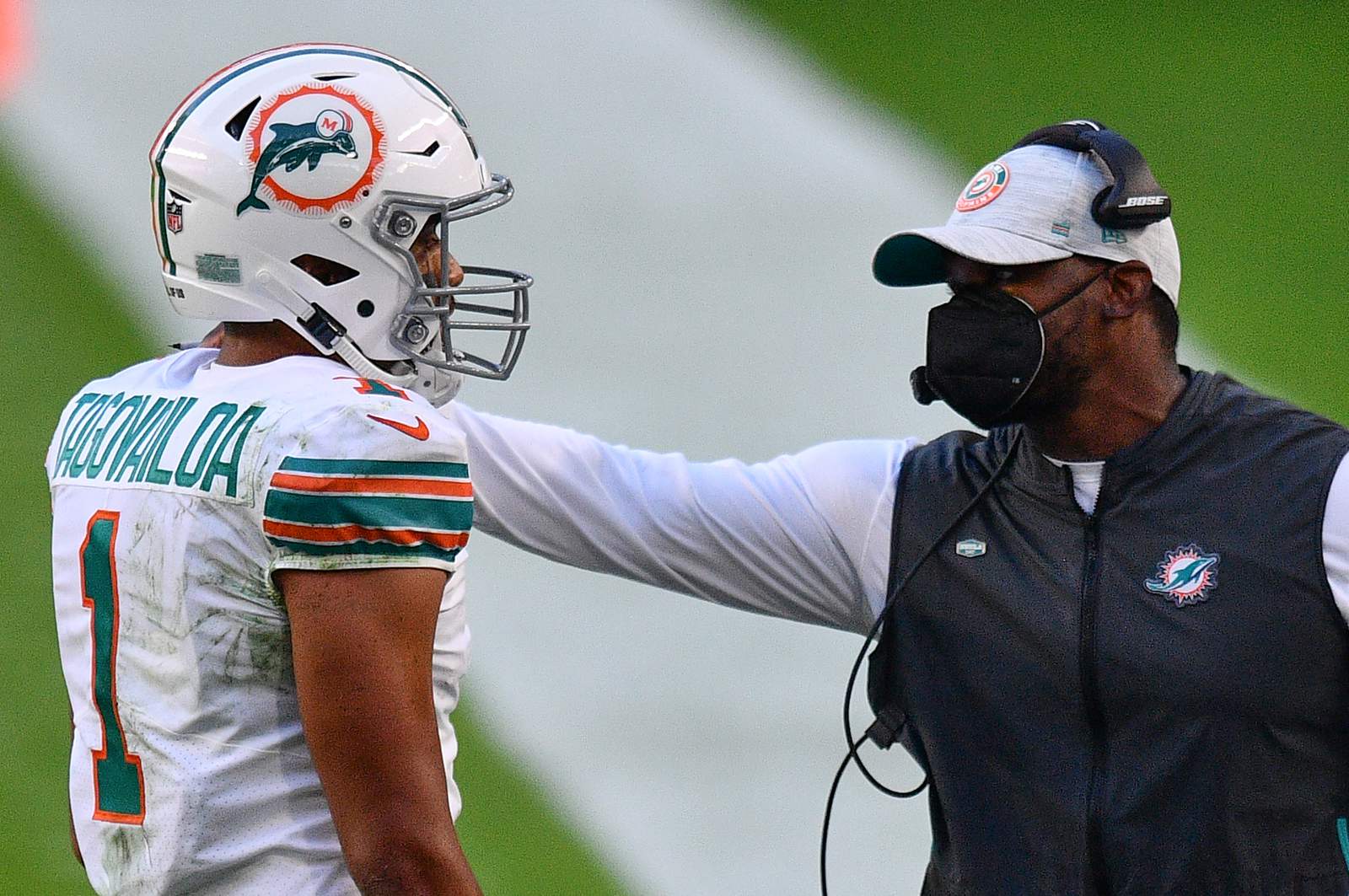 I mean… this is pretty obvious right? The Dolphins under Brian Flores showed an upward trend towards the playoffs and massive strides under the 2nd year head coach. They have built a solid defense and have added pieces on both sides of the ball to compete for this upcoming season in the past few offseasons. Adding Byron Jones on the defense the year prior and Will Fuller on the offensive side this offseason definitely helps. The Dolphins are primed to make the playoffs this season with the 5th easiest schedule by strength. A lot of the playoff hopes will be dependent on the growth of 2nd year quarterback Tua Tagovailoa.

If Tua can take the next step and be more aggressive passing the ball while being an efficient passer, the sky is the limit for the Dolphins. They proved to be a winning team already going 10-6 last season and will only look to build on that. The Dolphins are expected to get a playoff-berth and honestly, I would be surprised if they missed the playoffs this upcoming season.

The Cardinals went 8-8 last season which was an improvement after going 5-10-1 the season prior. With 2 years under Murray’s belt, Murray has looked very promising in his first two seasons with the Cardinals. Not only has he shown talent with his arm, but also a huge threat with his legs. Other than Lamar Jackson, Murray is the best scrambling quarterback in the league. Murray has combined for 46 touchdowns and 24 interceptions while rushing for over 1363 rushing yards and 15 touchdowns with his legs in the past 2 seasons. To support Murray, the Cardinals went and got veteran A.J. Green to pair with DeAndre Hopkins and also veteran defensive end J.J. Watt on the other side of the ball.

The Cardinals have built a whole offensive juggernaut behind Kyler Murray adding a ton of offensive pieces this season with A.J. Green and James Conner in FA and WR Rondale Moore in the draft. I expect the Cardinals to fight for a playoff spot and potentially make the playoffs this season with new weapons around Murray and another year under Kingsbury’s offense. Their defense should definitely be interesting as well with veteran pass-rushers in Chandler Jones and J.J. Watt on each side of the defensive line. I expect Watt to provide a boost to an already talented defensive team. Watch out for the Cardinals.

I just want to start this out by saying that the Chargers had one of the best offseasons in the whole league. The Chargers targeted their #1 weakness this offseason, which was the offensive line. The front office went and got All-Pro Corey Linsley at center, Matt Feiler at right tackle, and drafting tackle RaShawn Slater #13 overall in the draft. They had one of the worst offensive lines last season and Justin Herbert was still able to shine with it. They made the smart decision to invest in protecting their young star quarterback and it should pay off dividends immediately.

The Chargers went 7-9 last season with a terrible offensive line and I expect them to make a push for the playoffs and make the playoffs this season with an improved line. Justin Herbert has shown he can be a star quarterback in this league. They ranked 19th in overall offense last season, I expect them to get to a top 10 offense this year with a much-improved line to protect Herbert.

Top 3 NFL Players That Will Breakout This Upcoming Season
The Bengals Will Have a Top Offense Next Season
Would you like to get Notifications for new articles?    OK No thanks