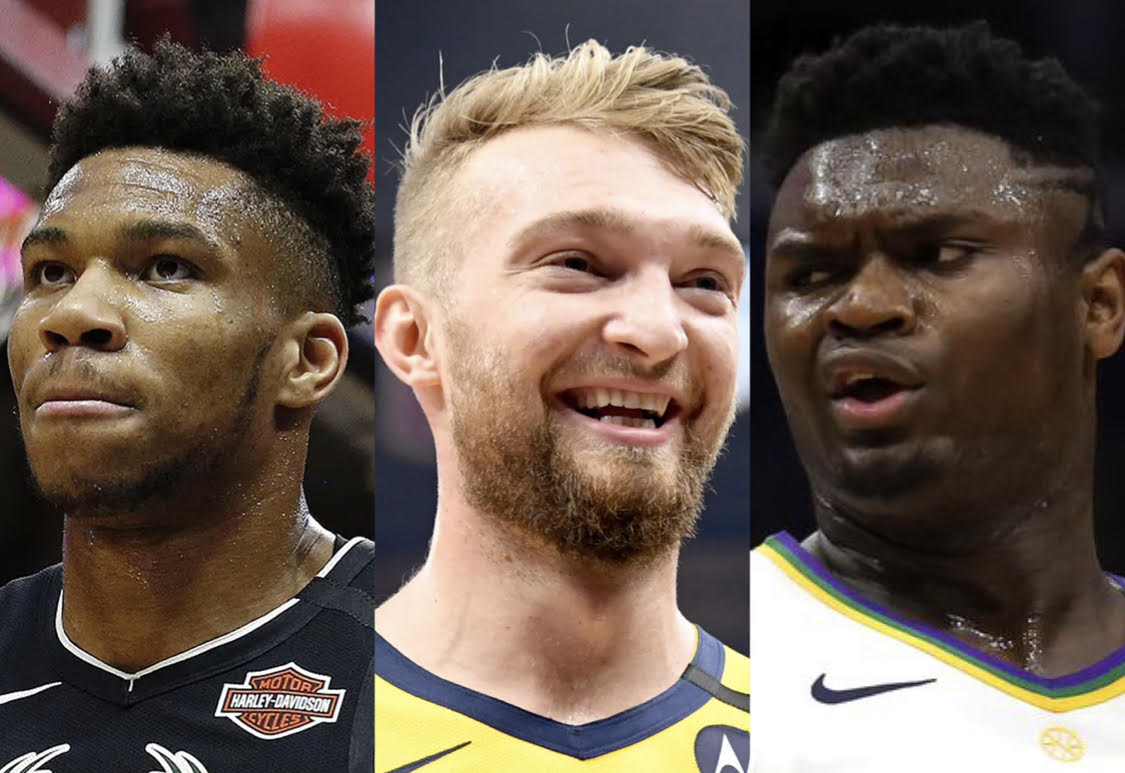 As the 2021 NBA season is quickly approaching, we understand that there are many superstars in the NBA competing to win a championship. Today, we will take a look at the best current power forwards in the NBA. However, on this list, only 10 can make the cut. Who will they be and why?

Gallinari was a pleasant surprise for the OKC Thunder this season. While many thought he didn’t have anything left in the tank, he proved otherwise. While Gallinari averaged over 18ppg and 5rpg throughout last year’s regular season, he was also a major contributor in bringing the Thunder back to the playoffs.

Even though Randle played for one of the worst teams in basketball last season, he proved to be one of the lone bright spots for the New York Knicks. Randle averaged 19.5ppg, almost 10rpg, and 3.1apg. With a decent shot and interior game, it seems as though Randle is finally coming into his own. He could possibly have a bigger season next year if the Knicks get him some help.

The flashy former number #1 overall pick in the 2020 NBA draft has already left a huge impression on the NBA in just 24 games played. Though falling short of winning the Rookie of The Year award, Williamson averaged 22ppg, 6rpg, and 2apg. These outstanding rookie numbers in his rookie year when playing a limited number of games makes him an extremely promising young player.

It was difficult not to be impressed with John Collins this past season. He put up averages of 21ppg, 10rpg, and 1.6bpg. Collins lived in the paint all season and was surprisingly able to shoot well from behind the ark. Collins obtained almost 2.8 offensive rebounds per game. With a great flashy spin move, and the ability to create more opportunities for his team off of missed shots, look for Collins to jump some of the players on this list next season.

The 2016 NBA champion averaged 17ppg, 9.8rpg, and 3apg this past season. It’s clear that Love still has some juice left in the tank and can shoot the three ball with ease. He was undoubtedly the Cavs best player last season. Love may be getting older, but his game is still right there.

Sabonis was the Pacers best player this season. Although Sabonis led the Pacers to the fifth seed, he was hurt and wasn’t able to play in the playoffs. Similar to John Collins, Sabonis feasted on the offensive glass this season and averaged the most offensive rebounds out of any power forward in the NBA. With a silky-smooth midrange shot, look for Sabonis to try to lead the Pacers back to the playoffs next year.

Many were looking forward for Siakam to lead the Raptors back to the Eastern Conference finals and maybe even make a run for the championship. However, this wouldn’t be the case. Unfortunately for Siakam and Raptor fans, Pascal was never able to find his game in the bubble. Though he was locked up in the playoffs, he still averaged 21ppg, 7rpg, and 3apg during the regular season. The only thing Siakam is really missing at this point in his career is an outside shot. Hopefully he can develop one during the offseason.

Tatum, who was the Celtics best player for most of last season averaged 23.4ppg, 7rpg, and 3pg. When the playoffs came around, it was more of the same for Tatum. He didn’t exactly stand out in the playoffs, but didn’t need to as he led the Celtics to the Western Conference Finals. If Tatum can possibly develop better passing skills he could become an even better player than he already is.

Giannis has won back to back MVPs in the last two seasons and for good reason. Giannis dominated the league this year averaging 29ppg, 13rpg, and 6apg and lead the Bucks to the best record in the NBA. His ability to dunk and finish through traffic makes him one of the best players in the league. Although Giannis didn’t take his team as far as he wanted to in the playoffs, had he not been forced to play through a very high ankle sprain, he certainly may have created a different ending to his playoff run.

With all due credit and respect to Lebron, Davis (in my opinion) was the X factor to the Lakers Championship win. Davis averaged 27ppg, 9rpg, and 3apg in the playoffs which is incredible. You can make the argument that the now 1 time NBA champion was the Lakers best and most clutch player this season. Davis has solidified himself as one of the best players in the NBA for many years to come.  Will he continue to play for the Lakers and LeBron, or will we see him create his own legacy elsewhere?

The Charlotte Hornets Commit to the 9th Seed for the Foreseeable Future
Top 3 Potential Breakout Players in the NBA
Would you like to get Notifications for new articles? OK No thanks