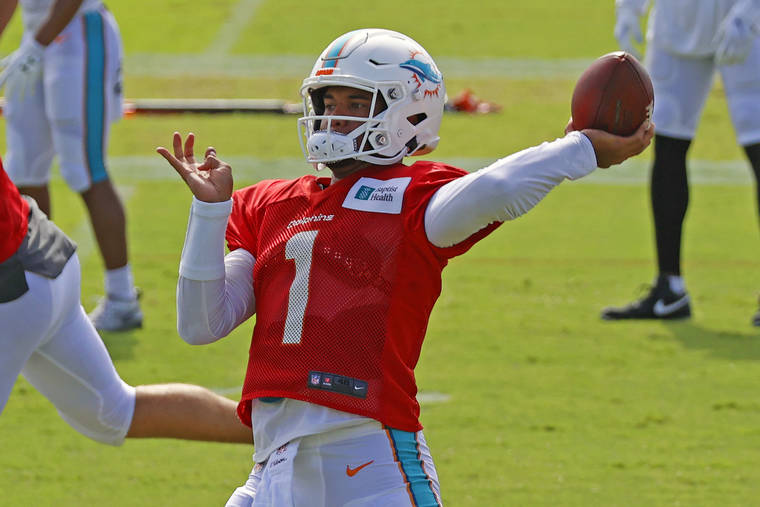 In the offseason, especially the last segment, there are often victims of the hype train. Many teams glide under the radar, the Tennessee Titans being a prime example, while others are evaluated perfectly, a category with both the Chiefs and Buccaneers fit into. This article will seek to argue about a third category: a team which have been evaluated too highly by both fans and analysts.

The first team that looms dauntingly in front of me are the Indianapolis colts. The colts made headlines in the offseason with their trade for former Eagles-QB Carson Wentz. Although it may seem a good idea on paper, the reuniting of Wentz and Frank Reich who played a pivotal role in Wentz’s 2017 MVP year, pineapple on pizza seemed like a good idea on paper and we know how that panned out (excuse the pun).

The idea is flawed because not only is Wentz injury prone, he is also a major question mark due to his troubling performance last year. Wentz set career lows in completion rate (57.4%), yards per attempt (6.0) and QB Rating (72.8) last year. All 3 of these ranked 34th among 35 qualifying QBs. Many argue that his performance last year was mainly due to a lack of receiving talent which does not bode well for the Colts who boast a middle-of-the-pack receiving core. It also does not help Wentz that his best weapon is the inconsistent T.Y. Hilton and although Michael Pittman looked good, it might not be enough. Moreover, it does not help that Eric Fisher, the LT tasked to protect Wentz’s blindside, is recovering from a torn achillies.

EXPECTATION: Carson Wentz performs at a mediocre level but the team is carried by the defence. Colts go 10-7 and lose in the wild card round

Next, we move to the sunny beaches of Miami that houses the youthful Dolphins, a team rejuvenated under the exceptional coaching of Brian Flores. Unfortunately, although the team’s defense is undeniably one of the top 5 and their offense has made strides this offseason, the team has question marks. The biggest question mark that stands out to me is the quarterback position. Last season, although this may sound cruel, the Dolphins go 7-9 without Ryan Fitzpatrick. The great example of Fitzmagic was the Raiders game with Fitzpatrick coming into the game late and delivering an incredible no-look pass to Mack Collins. The question remains: how will the sophomore quarterback cope without his safety net? This is a prove-it year for Tua because to be surrounded by Jaylen Waddle, Will Fuller, and Mike Gesicki and not succeed, that’s unforgivable.

The offensive question marks are not solely pointed at Tua, the running back room is looking rather thin with the Dolphins putting unprecedented faith on undrafted free agent Myles Gaskin, a player who was not helped by the team’s patchwork offensive line. Furthermore, although the team had a dominating defense, headlined by their superb secondary, that may change due to the uncertain situation surrounding Xavien Howard.

The All-Pro Cornerback Howard, angry due to his contract paying him $1.5 million annually less than Byron Jones, is requesting a trade which if it happens could seriously harm the Dolphins impressive secondary. Although fans may still be clamoring for Dolphins to continue the philosophy of stockpiling draft picks, Xavien Howard is a proven talent who is worth far more than the first-round pick that the Dolphins would gain.

PREDICTION: Tua buckles under the pressure and is benched for Jacoby Brissett. Dolphins go 9-8 and miss playoffs.

All of this hype seems rather unearned for a team that finished with only 5 wins last season. The Panthers, unlike the other two teams, have their defense as their biggest question mark. The Panthers’ defense used to be a source of strength in the days of Luke Kuechly but in the last couple of seasons, the unit has dramatically regressed. Last season the Panthers gave up the 20th most points per game and were the 28th graded defence (by PFF). Although the Panthers sought to make improvements by investing in cornerback Jaycee Horn, the unit still has a long way to go.

The Panthers are also not exempt from Quarterback question marks after their replacement of Teddy Bridgewater with Sam Darnold. The offseason showed that they are all in on Sam Darnold after they traded a package of picks to acquire the four-year veteran. Some may argue that the second-round draft pick (among others) was too steep of a price to pay for a quarterback that was ranked in the bottom 5 and admitted to seeing ghosts. Although some may argue that Darnold’s struggles were due to Adam Gase’s coaching woes, Gase did in fact coach Manning when he threw for 5,477 yards and 55 touchdowns so it begs the question: will Darnold succeed away from the Jets, or were the Jets an excuse to justify poor play?

PREDICTION: Darnold flourishes in Carolina but defense lets them down. Panthers goes 8-9

3 Bold Predictions For the 2021-22 NFL Season
Top 3 Storylines During 2021 NFL Training Camps
Would you like to get Notifications for new articles?    OK No thanks