Takeaways from the NFL Regular Season After 3 Weeks 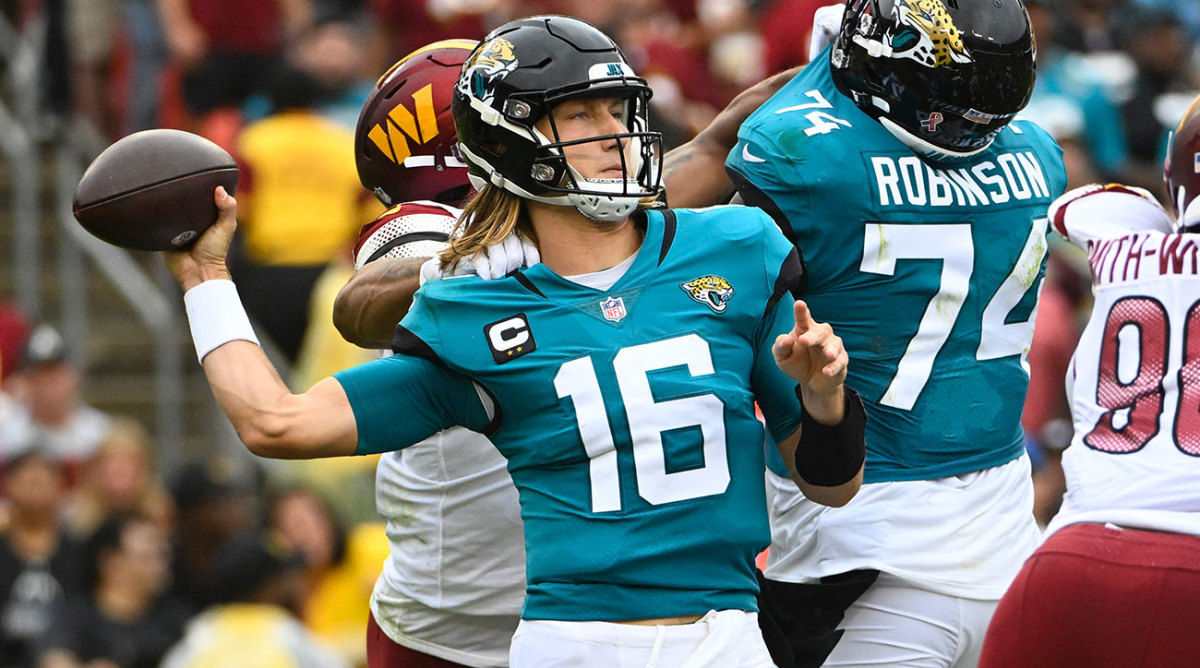 Three weeks have passed so far in the NFL regular season, and we can start to make some judgments on teams and players. It might be a bit premature and some of these takes might end up biting you know what in a few weeks, but why not? Let’s get into some takeaways so far…

These aren’t your same old Jaguars

The Jaguars after 3 weeks are at the top of the AFC South. Through 3 weeks, they’ve been tied for the 4th best scoring defense in the league and been a top 7 scoring offense as well. Not only that, they’ve just come across a huge win against one of the more talented teams in the league in the Chargers. It wasn’t just a normal win, it was a commanding win that we haven’t seen from the Jaguars in a while. Trevor Lawrence has looked way more comfortable in his sophomore year and looks to have built a nice rapport with Zay Jones and Christian Kirk.

After many were clowning the Jaguars for paying Kirk all that money in the offseason, well so far… he looks worth every single penny. He’s been a consistent threat on the outside and already has 3 receiving touchdowns on the year.

If you look at the Bears record of being 2-1, you’d think they’d be doing pretty well right? Well sure, their defense hasn’t been bad at all, but geez… that offense. It’s easy to put the blame on Justin Fields because he’s the man under center, but there’s more to this. First of all, this is the Bears starting WR core:

If you expect Justin Fields to do anything on offense with a bunch of WR4s, you’re just setting your own team up for failure. Not to mention, their offensive line isn’t the most promising either. The Bears need to trade for a wide receiver immediately to help alleviate some of the pressure off of Justin Fields. They’re going to destroy their young quarterback before it’s too late. Give him a fair chance, please.

Panic mode for the Raiders???

The Raiders are the lone winless team in the league right now and they’ve not looked pretty at all so far to start the season. After making a blockbuster move to get Davante Adams and adding Chandler Jones to an already playoff team, many expected the Raiders to be back to a contending level again. It’s not looked like that so far at all and honestly, they’ve struggled.

There’s talk around the team and management that could be related to the personnel on the team, for example, the offensive line and the secondary being very poor in the first 3 weeks, but this team is more than capable of winning with the talent they have.

I wouldn’t say it’s absolute panic mode for the Raiders yet, but if this continues… yikes.

Watch out for the sneaky Eagles

The Eagles have looked dominant on both ends of the ball so far this season. Jalen Hurts has looked more sharp throwing the ball this year and the addition of A.J. Brown with Devonta Smith has looked like a great decision. Don’t be surprised if the Eagles end up with a top 2 seed in the NFC with the way they’ve been playing.

9 Bold NFL Predictions for the 2022 season
NFL Players Flying Under the Radar after 4 Weeks
Would you like to get Notifications for new articles? OK No thanks