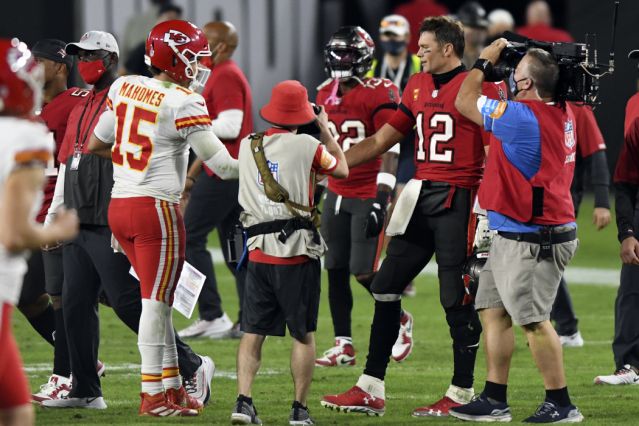 This entire crazy season is still able to come down to what most people care about the most, the Super Bowl. With the Kansas City Chiefs repeating as AFC Champions and Tom Brady being in his 4th Super Bowl in 7 years, I thought it would be the perfect time to rank the last 5 Super Bowl Champions. Let’s get into it.

Overview:If you look at the final score for the Super Bowl, you would think two average teams accidentally made it to the Championship Game. That was far from the truth, even though the final score was 13-3. This New England Patriots squad had a top 5 offense and a top 10 defense which shows how balanced this team was. Tom Brady had a weapon choice of Julian Edelman, Rob Gronkowski, and Josh Gordon during one of his playable years.

He also had three different running backs who were all threats out the backfield, James White being the key one having 87 receptions during the regular season. The passing defense was not the best, but they were able to do the most important thing which is to keep opposing offenses out of the endzone by only allowing just 20.3 points a game.

This team was not as dangerous as other teams on this list but they were well-coached and did not make too many mistakes and showed that they could be versatile during their playoff run by winning high scoring games against the Chargers and Chiefs but also showing that they can win an old fashioned slugfest by defeating the Rams in the Super Bowl while only scoring 13 points.

Overview: Can you call a team that lost its starting quarterback lucky? At the end of the day many say this team was a team that was not supposed to make the Super Bowl, let alone win the SB especially against Bill Belichick and Tom Brady. But they did. They did with their backup quarterback Nick Foles. Despite losing MVP candidate Carson Wentz, the 2017-2018 Philadelphia Eagles were a good team. Their defense ranked 4th in Points Per Game Allowed despite having a very average pass defense. The key to their bend but do not break defense was their high turnover percentage.

Opponents’ offensive drives ended in turnovers 15% of the time which was good for 4th in the league. The offense for the Eagles played a major role as well. They averaged 28.6 points a game which was good enough for 4th in the league despite not having a high-profile offensive weapon (unfortunately the average fan does not know the importance of Zach Ertz). This was a very balanced team that didn’t make many mistakes and we all know those teams will forever be hard to beat.

Their SB path was quite interesting since in the NFC they played the Atlanta Falcons who were only a year removed from their meltdown in the Super Bowl and the usually disappointing Minnesota Vikings. Those teams did not provide much of a challenge. The shocker here is that this Eagles team went on to defeat the Patriots. This was not one of the best Tom Brady-led Patriots teams but the Eagles held their “bend but don’t break ” defensive strategy by having Tom Brady throw for 500 yards but still had the Patriots play from behind most of the game. And when the city of Philadelphia needed Nick Foles the most, he made the plays necessary (receiving and throwing) to lead the Eagles to a Super Bowl victory.

Overview: This wasn’t the high-powered offense that it was the previous year but that doesn’t mean this offense was not elite. This team still had Patrick Mahomes and even though he wasn’t playing at his MVP level that he was the year prior, the offense looked good still. The offense was not everything for this team, however, because there was a stout defense as well. While not efficient at stopping the run, the defense was top 10 in passing defense in a passing league which caused teams to struggle to keep up with the high-scoring offense.

Despite starting 6-4, the Chiefs got hot at the right time winning the rest of their games in the regular season and finishing 12-4. Year in and year out we realize that winning the Super Bowl sometimes is all about a team getting hot at the right time. We got a great example right here. A talented well-balanced team that struggled at the beginning of the season, caught fire when it counted the most and were able to make significant comebacks in their divisional round against the Houston Texans and Tennessee Titans.

It just seemed as though this team was on a roll even when at times during the playoffs they were struggling. We saw what this team was capable of when everything went their way the year before when it seemed like they were unstoppable (until the Patriots showed up). It was impressive to see how this team performed while under a microscope and through adversity. If you ask me, they passed with flying colors.

Overview: Tom Brady is a system quarterback. Tom Brady can’t win without an elite defense. Tom Brady can’t win without Bill Belichick. These are just a few of many things that were said about Tom Brady when he decided to leave the New England Patriots and play for Bruce Arians and the Tampa Bay Buccaneers. This was almost a perfect situation for Brady. Extremely talented receivers in Godwin and Evans, a strong defense with Shaquille Barrett and Devin White, and a stellar coaching staff with Bruce Arians, Byron Leftwich and many others.

All they needed was someone to control the game on the field and maybe a little help from Antonio Brown and Gronkowski. People didn’t believe in this team especially after losing their season opener to the New Orleans Saints. A strange offseason with no training camp and a new quarterback with some young offensive weapons would be detrimental to most but when the quarterback you add is Tom Brady, you can afford to roll with the punches during the regular season. This defense ranked 8th in the league for points allowed along with the offense being 3rd in the league for points scored. A good well-coached and balanced team will always be a recipe for success.

This team allowed Tom Brady to be Tom Brady which means he was just able to control the game and the team did not have to rely on him to be competitive. What put this team over the top is that Brady was able to just flip the switch and go back into his prime which for an aging quarterback is vital. While Tom Brady was a huge addition for this team, we all say the real star in the Super Bowl was the defense that completely controlled the game from start to finish against a high powered Kansas City offense. While this may be the best story, this is still not the best Super Bowl-winning team in the last 5 years.

Overview: This could be a top 20 Super Bowl-winning team. Actually, yes it is a top 20, maybe even top 15 Super Bowl-winning team. During the regular season, this team went 14-2 despite not having Tom Brady the first four games of the season because of the Deflatgate penalties handed down by the NFL. When you have a top defense that only allows 15.6 points per game and an offense that scores 27.6 points per game, that is a good recipe for success.

This was by far one of Tom Brady’s best years when you watched him play because the NFL gave Brady to have even more of a chip on his shoulder. Down 28-3 to the Falcons in the Super Bowl, everyone thought that another great Patriots season has gone to waste due to the team not winning the Super Bowl (losing to the New York Giants after their undefeated regular season). With some Falcon mistakes and a great catch by Julian Edelman, Brady and the Patriots stormed back and put a cap on their amazing regular season by adding an all-time Super Bowl comeback.

Tom Brady and the Buccaneers Win It All
Top 10 2021 NFL Free Agents
Would you like to get Notifications for new articles?    OK No thanks