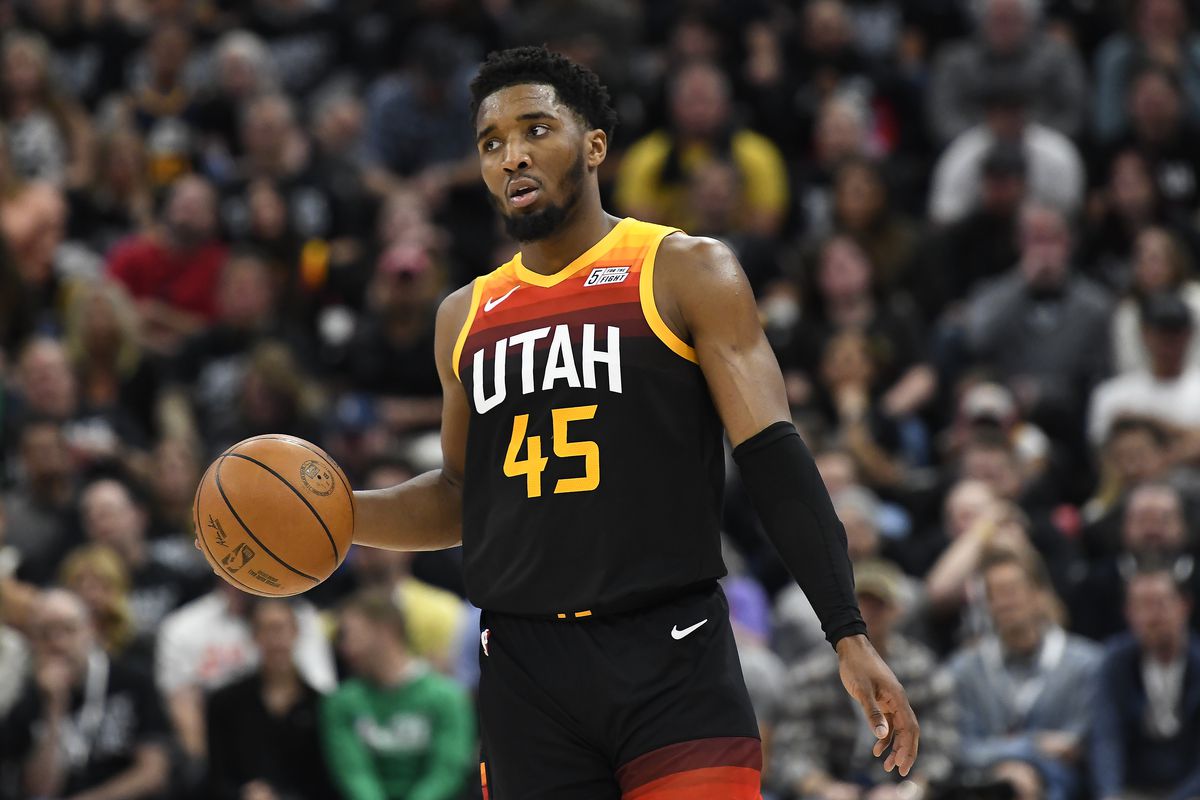 As free agency was getting going the Utah Jazz made the shocking deal to trade Rudy Gobert to the Minnesota Timberwolves. The deal itself was not shocking but instead, it was what Minnesota traded in order to acquire Gobert. This is the full deal.

That is quite a return for someone who has never been a top 15 player in the league. That trade could be unpacked with a whole article but for the purpose of this article, we are looking at the biggest impact of that trade… Donovan Mitchell.

Original reports stated the Jazz considered Mitchell untouchable but now the Jazz are willing to field offers and if they are overwhelmed they will deal him. With that being the case why not look at team and who has the best potential trades.

Unlike my 10 Kevin Durant Trades I did not rank these trades but instead, these are just potential trades not ranked. For this article I have ten teams and their potential deals in alphabetical order.

This trade creates an awkward fit in Chicago with Donovan Mitchell joining Zach LaVine, DeMar DeRozan, Alex Caruso, Goran Dragic, and Coby White. With that being said, talent is the hardest thing to acquire in the NBA and this would give the Bulls a lot of it. The offensive firepower of Mitchell, LaVine, and DeRozan alone should make the Bulls major players in the East.

Denver go from fierce western conference team to title contender with this trade. A backcourt of Jamal Murray and Donovan Mitchell to play alongside Nikola Jokic and Aaron Gordon creates a threat to every team in the league.

From Utah’s perspective, they gain multiple young wings, three pick swaps, and a draft pick in 2029 that could end up having value. This probably isn’t the best trade the Jazz can get value wise but they get multiple assets and it helps them lose games next year and jump higher into a loaded 2023 draft.

The Pistons become playoff contenders by acquiring the 25 year old all star. They give up their top five pick, Jaden Ivey but get a player that they hope Ivey becomes one day. The Pistons are left with Cade Cunningham (future top ten player in the NBA), Donovan Mitchell, and Jalen Duren (a very capable starting center).

The Jazz don’t get the world for Mitchell but instead don’t have to hope picks go their way and get two prior top 10 picks in Ivey and Hayes. The Jazz are able to add real talent while also mainting a high chance at a good pick in the loaded 2023 NBA draft.

If the Grizzlies want to get involved in the Donovan Mitchell sweepstakes then they can beat most teams to get him. In this trade, the Grizzlies add a young blossoming star, three young players, three picks, and two pick swaps. That is a hell of a return that gives the Jazz assets going forward while also being able to lose next season.

Ja Morant and Donovan Mitchell create one of the most dynamic backcourts in all off basketball that should put together 50-55 points a game just between the two. The Grizzlies have the assets to go all in, it is just about if they want to.

It is clear the Heat are star hunting so you best believe they will be the talks for Mitchell. This trade is about the best the Heat can do without throwing in an extra first rounder. Similar to a lot of these trades the Jazz get back assets while maintaining their tanking status for next season.

The Heat become an even better team trading bench players (I know that is strong when talking about Tyler Herro) and draft picks for a 25 year old all star. Miami’s biggest weakness last season was half court self-creation and Mitchell immediately addresses that.

Man, it is so easy to forget how many assets the Pelicans have. In this deal the Pelicans get Mitchell while only giving up two of their own picks and keeping Zion, Ingram, McCollum, and Herb Jones. The Pelicans not only become a playoff threat but a title contender.

Utah gets a perfect package of young players while also getting two picks and three swaps. Dyson Daniels, Trey Murphy, and Kira Lewis gives the Jazz a platform to build on going into next season and assets in future drafts to add to that.

The favorite to land Mitchell is rightfully the New York Knicks. The Knicks has various directions they could go including dealing RJ Barrett or Obi Toppin but here they don’t have to. Although the Knicks still deal Quickley, Reddish, and Grimes, this package is mostly just overwhelming Utah with picks. The Knicks get their new back court of Jalen Brunson and Donovan Mitchell to pair with RJ Barrett and Julius Randle.

The Jazz three young players to throw at the wall and see who sticks but most importantly the get SEVEN first round picks including five from the Knicks. Although many if not all of those picks will be in the 20’s with that many oppurtunities it is all about the Jazz drafting right.

This is the trade that might not come right to mind but sure makes sense when you think about it. The Magic have a lot of young players including #1 pick Paolo Banchero, but the acqusition of Mitchell will push them into the playoff picture next season.

The Jazz get two projects in Hampton and Okeke and two blue chip prospects in Isaac and Suggs. On top of that the Jazz get four first round picks over the next three drafts. This is a good win-win trade to monitor if the Magic feel ready to go all in.

The Simons contract makes this deal both hard to pull off and an awkward fit if the ever do. Lillard, Simons, Mitchell, seems like an incredibly small and terrible defensive backcourt but talent is the hardest thing to acquire and they do it right here. As Lillard is in his prime it is important to go all in.

The Blazers get a top ten pick, a project, two role players, three swaps, and two unprotected picks for Mitchell. That is not a bad return especially if they believe in their internal devolopment for Shaedon Sharpe and Keon Johnson.

This trade won’t happen for a variety of reasons.

If for some reason the Jazz wanted to get assets without entering a total rebuild (which would be a bad idea) then this package would make some sense. The Raptors instantly become finals contendors with Mitchell, Anunoby, Barnes, and Siakam.

Breaking Down the Bobby Marks Hypothetical Trade
NBA Big-Men Who Could Have a Breakout Season
Would you like to get Notifications for new articles? OK No thanks