Mike Budenholzer is Killing the Bucks 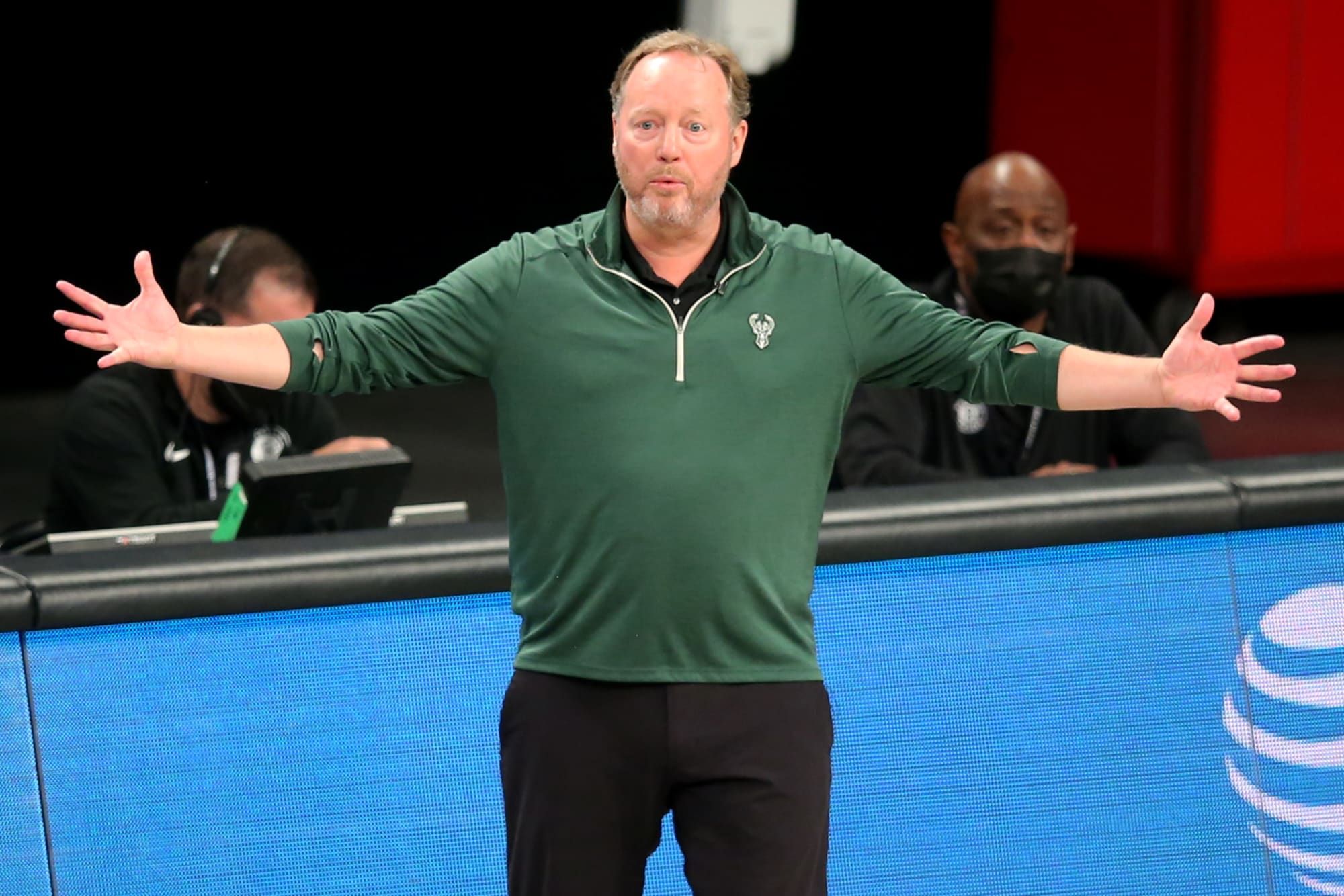 Don’t let Kevin Durant’s incredible performance distract you from Mike Budenholzer’s terrible coaching display. The Bucks were, at one point, ahead by 17 points. Mike Budenholzer’s failure to make adjustments and manage the game played a big role in the complete and utter collapse of that lead.

There were so many flaws in the Bucks game plan last night. Failing to attack a visibly limited James Harden. Letting PJ Tucker continue to try and defend KD even though it’s clear it wasn’t working.

The big issue that I want to talk about lies particularly on the offensive end. Ignoring the fact that they weren’t attacking mismatches with Brook Lopez on Jeff Green, ignoring the fact that Giannis was taking fadeaway jumpers on an injured James Harden instead of bullying him to the basket, there’s a much larger, more abstract issue that we got to see last night.

Mike Budenholzer has completely failed to integrate an offensive system for the Bucks to fall back on when things aren’t working.

At a certain point last night, it was clear that the Jrue Holiday ISOs and Giannis pullup threes weren’t working. So what did the Bucks do to try and stem the tide and slow things down?

Well, not really anything.

There was no semblance of off-ball movement from the Bucks last night. Everyone just stood around, hoping Giannis or Middleton or Holiday would somehow magically score.

All of this illustrated a severe lack of discipline. That falls on Mike Budenholzer. He went out there last night and allowed his team to play completely random, even while Kevin Durant murdered them in cold blood.

The Bucks should have won that game with ease. When Kevin Durant started heating up, Bud should have made adjustments to stop having his guys go under screens, stop having Lopez switch onto KD, and trap KD to force the ball into Harden’s hands.

We saw none of that, and if there aren’t adjustments made in Game 6, then we may be watching Mike Budenholzer’s last games as the Bucks head coach.

What Should The Washington Wizards Do Next?
Ranking the Top 3 Head Coach Openings in the NBA
Would you like to get Notifications for new articles?    OK No thanks