A Hot Take for Every Team in Each Division (Northwest Division) 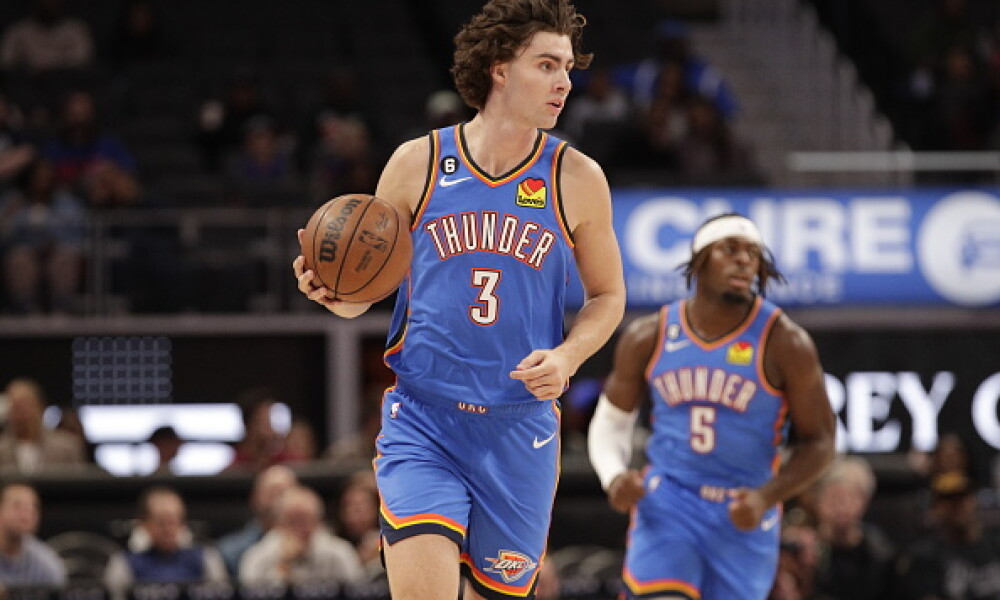 The 2022-2023 NBA season has started a few days ago and I expect it to be filled with unpredictability and surprises. While we wait to see what will happen, how about some good-old hot takes?

Disclaimer: you may find some of these impossible, but that’s just me having fun and trying not to be banal. Enjoy.

Lauri Markkanen will win Most Improved of the Year

By trading Rudy Gobert and Donovan Mitchell, the Utah Jazz dove headfirst into the Victor Wembanyama sweepstakes and decided to start over. With the two stars gone, someone needs to take control and become the new leader of the team, and so far, it seems like the former Bull Lauri Markkanen is the new sheriff in town. This season he’s averaging 21.4 points with 9 rebounds a game: last year, the forward finished with 14 points and 5 rebounds a night. With that improvement and the recent performances by the Jazz, he could take the trophy away from the other (more obvious) candidates like Edwards or Maxey. That surely be a better story.

Nikola Jokic will win his 3rd MVP in a row.

Bill Russell, Wilt Chamberlain, and Larry Bird are the only players in NBA history to win three straight MVP awards. Given some of the overreaction to Nikola Jokic winning two straight, the chances of the voters putting him in the company of those three legends seem slim. Jokic averaged 26.7 points, 12.3 rebounds, and 8.1 assists over the last two seasons. Now that Jamal Murray and Michael Porter Jr. are back, his life might be even easier, and the Denver Nuggets should be a much better team. Similar averages (or even a little less scoring and a little more playmaking for the supporting cast) and Denver finishing near the top of the West will at least put Jokic in the conversation again.

The Timberwolves will regret trading for Gobert

I know it’s early to judge the trade, but things aren’t looking good for Minnesota. They had one of the easiest first parts of the schedule in the league but only finished with a 4-3 record after the first 7 games. They lost to the Spurs twice and to the full-rebuild Jazz, which started Olynyk at the center position. The Timberwolves decided to go all-in and give up future assets in the hope that Gobert could help them take the next step: the move was highly criticized, but there was hope that it could work. The problem is that teams are not scared of Gobert, and giving up that much for a player that is totally useless on offense and that on defense is not versatile at all, it’s risky. I think they will regret doing that, but I hope I’m wrong.

The Blazers will finish top 5 in the West.

The West is loaded, especially with Zion Williamson, Jamal Murray, Michael Porter Jr., and Kawhi Leonard all coming back from injuries that kept them out for all or most of 2021-22. Even a Play-In could be highly difficult to achieve: imagine a top-5 seed. Portland started off great, with a 5-1 record and a win against the other 5-1 Suns. Of course, the question is whether they can keep the momentum throughout the season, or if they’re going to fall eventually. The team looks good, and let’s not forget that GPII yet has to make his season debut. I like the new-looking Blazers, and I think they have the potential to surprise everybody this season, especially with a guy like Lillard on the team.

It was pretty hard to find a hot-take for this team. Without Chet, the Thunders are once again in full rebuild mode. There are a lot of interesting young prospects on this team, so Giddey will be one of the leaders of the young core. The Thunder clearly is high on Giddey’s potential, and the Australian point guard has already shown some flashes of what he could turn into.

Last season he recorded 4 triple-doubles and finished the year averaging nearly 7 assists and 8 rebounds per game. If he keeps improving, he could turn into a triple-double machine type of point guard with good playmaking abilities and vision. So I expect the number of triple-doubles for him to go higher every season, starting from this one.

3 Early Disappointments in the 2022-2023 Season
3 Trades We’d Like to See So Far in the 2022-23 NBA Season
Would you like to get Notifications for new articles? OK No thanks