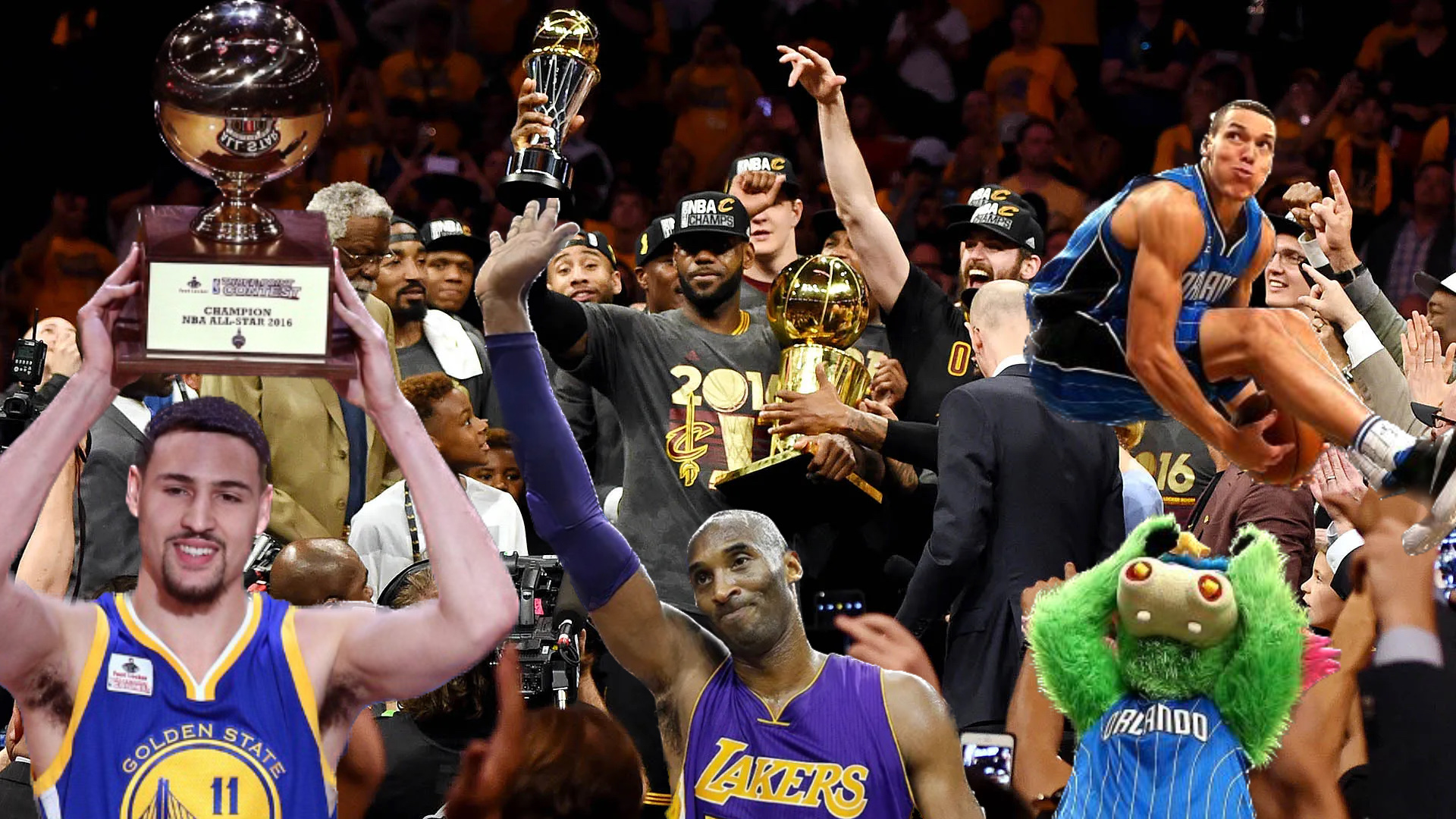 The NBA has had many exciting seasons over its 75-year span but the 2015-2016 season is widely regarded as the best season in the history of the association. Here is why.

On November 30th of 2015, Kobe Bryant announced that the upcoming NBA season would be his last by releasing a poem on The Players Tribune titled “Dear Basketball”. Kobe’s 20-year career was filled with iconic moments that solidified him as one of the best players to ever touch a basketball and his final season had no shortage of those moments.

The 2016 NBA All-Star game was Kobe’s last. In that game, we saw the West take on the East. Russell Westbrook ended up with the All-Star game MVP but people were there to watch Kobe. Kobe only scored 10 points with six rebounds and seven assists but, watching Kobe have fun on the All-Star stage one last time was amazing for NBA fans to see. We also got this iconic photo of LeBron and Kobe’s final All-Star game moment together.

Despite Kobe not being at his best for a long time and often battling injuries late in his career, his last game of the season was one to remember. Kobe went out in a blaze of glory against the Utah Jazz. Starting off missing shot after shot, Kobe pulled it together scoring 60 points in his last game ever in Staples Center. At the end of the game, he delivered a sentence that, now more than ever, cuts deeply into the hearts of fans and will be remembered in NBA history forever.

2. The Dunk Contest and the Three-Point Contest

The 2016 Dunk Contest is said to be one of (if not,) the best Dunk Contest in NBA history. Featuring Andre Drummond, Will Barton, Zach LaVine, and Aaron Gordon, fans got to see some crazy high-flying action. But it was not until the championship that Zach LaVine and Aaron Gordon battled it out, showing off some of the craziest, most spectacular dunks anyone has ever seen. LaVine ended up winning but Aaron Gordon was just as deserving of a win as LaVine was.

⬇️Watch every dunk from the championship round here⬇️

The Three-point contest had its own bit of flair as well with Stephen Curry getting dethroned by his own teammate, Klay Thompson. The two Warriors guards were in a close battle the entire time but, in the championship round Klay Thompson outscored Curry’s 23 points with a score of 25.

Stephen Curry won his first MVP award in the 2014-2015 season. Scoring around 24 points per game with 7.7 assists and around four rebounds per game, Curry was showing the world just how good he can be. That is until the 2015-2016 season, where Curry wins MVP for the second time in a row. Only this time, it was a unanimous vote. For the first time in the league’s history, every single first-place vote went to the same player. Curry took his previous season and turned up 110%. Averaging 30 pointer per game, 6.7 assists, and 5.4 rebounds, Curry proved that he will one day go down as one of the best point guards to ever play the game.

4. Warriors Have the Best Season Record of All-Time

The Golden State Warriors came into the 2015-2016 season as NBA Champions. In the 2014-2015 season the Warriors had one of the best season ever going 67-15. Little did we know, just like Stephen Curry, the Warriors stepped up their game to a whole new level. When the season was over in 2016 the Warriors set the new all-time record for wins in a season, taking the number one spot from the 1995-1996 Chicago Bulls who won 72 games. The Warriors won 73 games and lost only 9. That’s an 89% win percentage.

Perhaps one of the biggest jokes in the NBA today is the Golden State Worriors blown 3-1 lead in the 2016 NBA Finals. After Stephen Curry won MVP in 2015 the Warriors went on to win it all that same season. With Curry winning MVP again in 2016 and the Warriors finishing the season 73-9 (all time record for wins in a season), the NBA world thought for sure that the Warriors would win it all once again. Through the first four games of The Finals the Warriors had three wins while Cleveland had only one. But that is when the tides shifted. Cleveland did not back down and won three games in a row, winning the franchises first NBA title. When LeBron James returned to Cleveland in 2014 he promised to bring a championship to Cleveland and he returned on that promise two years later.

Game 7 of that series also gave us one of the most iconic defensive moments in NBA history.

The NBA has had many exciting seasons throughout its 75 years. But, from Stephen Curry and the Golden State Warriors’ insane season getting destroyed in the Finals by LeBron James and the Caveliers or Kobe Bryant’s amazing farewell game, the 2015-2016 NBA season will go down in history as the most exciting NBA season to date.

Top 10 Kevin Durant Trades
2022 NBA Post-Draft Prospect Rankings
Would you like to get Notifications for new articles?    OK No thanks