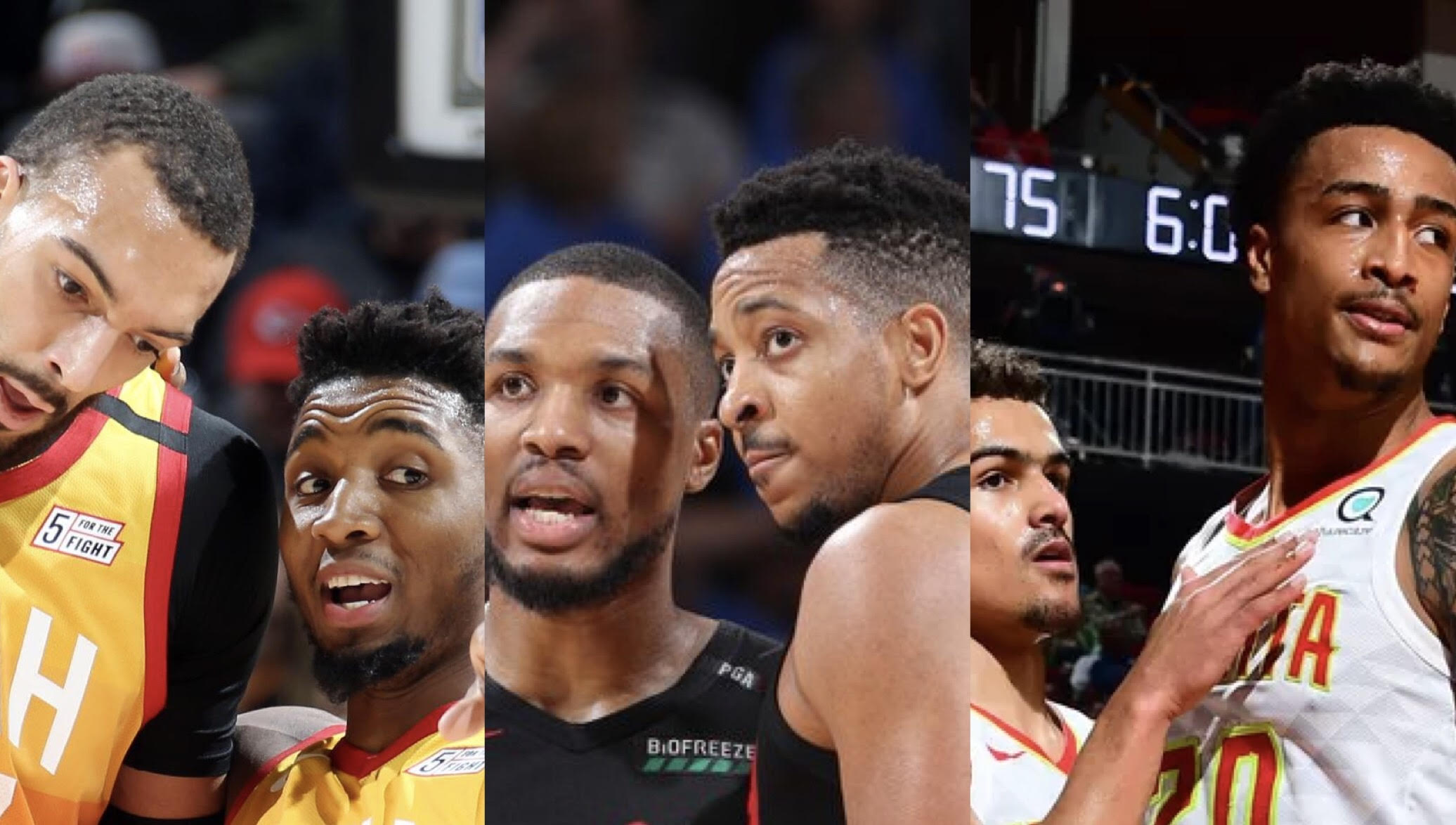 There are plenty of teams that are slept on in this league that people just for some reason… love to underrate. A lot of these teams made some moves this offseason that kind of went under the radar and people really didn’t even pay much attention to. Whether it’s because they’re a small market team or they just don’t get the attention like the Lakers or the Clippers do on the national stage.

The Hawks added some great additions to their team this offseason and are looking bound to make a playoff push. They made additions like Kris Dunn, Rajon Rondo, Bogdan Bogdanovic, and Danilo Gallinari. I like they added Kris Dunn and Rondo to the team to bring defense to the guard spot as Trae Young has repeatedly shown to be a terrible defender in the league. Rondo will be a great veteran that Young can learn from who has championship experience.

Bogdanovic and Gallinari bring scoring to the Hawks that can never hurt. They have so many options now on the shooting end with Bogdanovic, Gallinari, Young, Hunter, Reddish, and Huerter… It’s crazy. I think the Hawks definitely make a push to the playoffs along with the Wizards. The Eastern Conference is definitely getting tougher and I love it.

Although the Timberwolves were one of the worst teams in the league last year. I think they push for the playoffs this season in the stacked Western Conference. With Karl Anthony-Towns healthy, D’Angelo Russell, and Anthony Edwards… that’s a good trio to build around. I also liked they added Ricky Rubio to the team to bring a veteran presence to the locker room and bring a true playmaker on the roster.

Not to mention, they also have Malik Beasley who averaged 20 PPG in limited games last year for the Timberwolves. I think Beasley will take over the starting SG spot immediately once he gets back from a potential suspension due to off the court stuff.

Timberwolves are definitely being slept on if people don’t think they’re going to be at least competing to make the playoffs. I think they can slide into that #8 seed for sure.

The TrailBlazers are seriously being underrated entering this season. I LOVED the addition of Robert Covington to the team. Covington was the perfect player they needed to add to the team and they got him. Not to mention, I love their additions of Enes Kanter & Derrick Jones Jr. to the team.

They get much needed athleticism in Derrick Jones Jr. to the starting lineup and versatility for sure. Enes Kanter will be that big man off the bench they loved a year before in the playoffs. The TrailBlazers team has a ton of depth now with a starting lineup consisting of Damian Lillard, CJ McCollum, Robert Covington, Derrick Jones Jr., and Jusuf Nurkic. Then they have a bench consisting of Anfernee Simons, Rodney Hood, Gary Trent Jr., Carmelo Anthony, and Enes Kanter.

TrailBlazers might make some noise in the 3-6 seed range in the playoffs. I’d definitely watch out for them if I was an Western Conference team.

The Jazz are one of the more interesting teams on this list. They didn’t necessarily make many additions to the team, but they ave a lot of talent on the team to make noise. They’re going to get Bojan Bogdanovic back in the starting lineup who was one of their leading scorers who averaged over 20 PPG for them last season.

They could’ve definitely used Bogdanovic in the playoffs when they took the Nuggets to Game 7 in the playoffs. They were the 6th seed last season, but I think they push to be in the 4-5 range for sure this upcoming season with another year of Bogdanovic and him being healthy now. I also liked that they chose to resign Jordan Clarkson as he was a great 6th man option for them to provide a scoring boost when needed to. A lot of people sleep on the Jazz due to them not really having the big market or whatever but they have plenty of talent.

I’ve looked at predictions of other people and NBA analysts the past few weeks of who they think will make the playoffs and they have the Pacers at the #7-8 seed range… that is just straight up disrespectful. The Pacers were the #4 seed last season with Oladipo coming back in the last quarter of the season and being extremely rusty. This team is talented with potential All-Stars and All-Stars. Victor Oladipo and Sabonis are All-Stars while T.J. Warren is looking to become the guy he showed to be in the bubble again. Not to mention, they literally didn’t even have Sabonis for the playoffs against the Heat.

This team has been banged up for the past few seasons and now they’re all fully healthy and ready to play… and now the league decides to sleep on them? Make that make sense. The Pacers will be competing for a top 3-4 seed in my opinion this year. I love the hire of Nate Bjorkgren to the team and think he will bring a modern style to the offense of the Pacers. I expect Oladipo to average around 19-21 PPG, Sabonis to give his easy 18 & 12, and Warren to average 22+ PPG for the Pacers this upcoming season.

Watch out for the Pacers, they’re being extremely slept on right now…

5 Players to Watch at the Start of the Season
Top 3 Most Overrated Players in the NBA Now
Would you like to get Notifications for new articles? OK No thanks