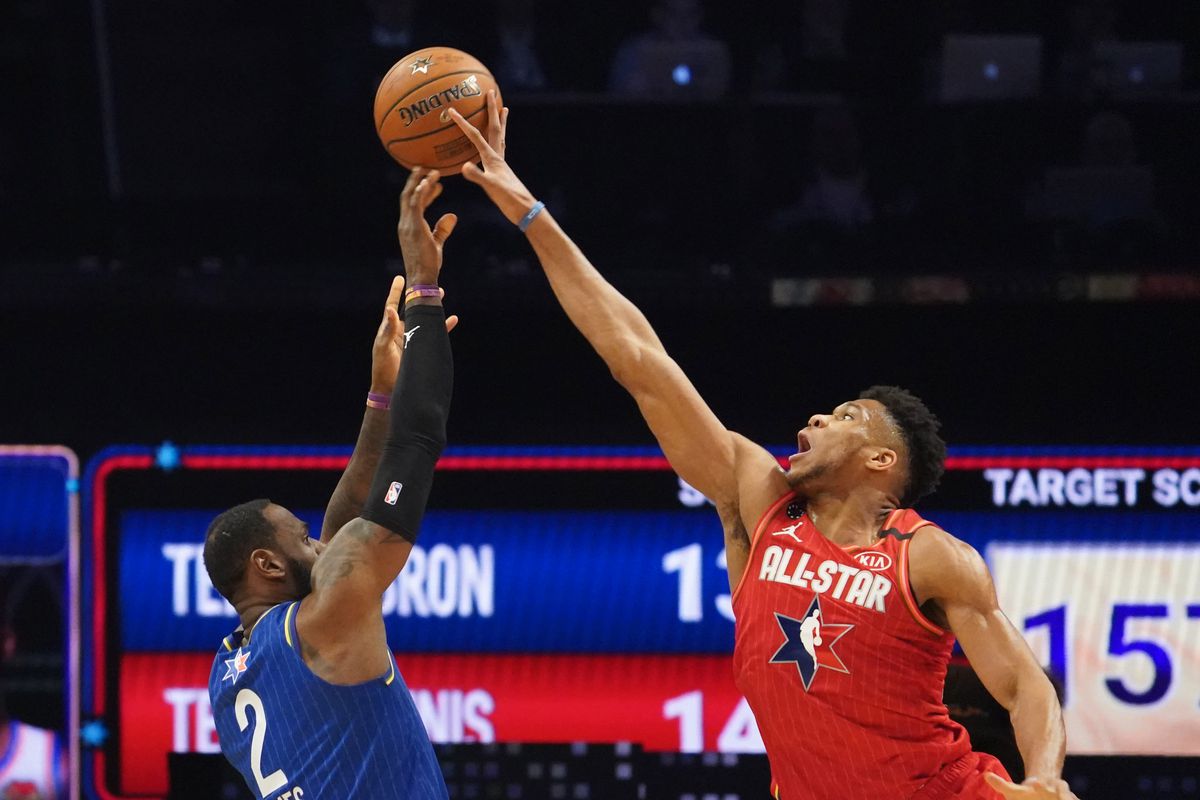 One of the most interesting topics of each NBA season are the All-Star selections, who “deserves” to be an All-Star, and which players got “snubbed. This year is full of NBA talent, and surely there will be discussions over the next few weeks with fans looking to answer these questions. Fan voting for the 2020-2021 NBA All-Star has officially begun, and rumors are circling of a potential All-Star game in Atlanta in March, according to ESPN’s Adrian Wojnarowski. Let’s take a look at the Sideline Cue Writers’ predictions for this year’s All-Star selections.

There was a little more diversity among the predictions for the Eastern Conference starting guards. 6 out of the 7 writers predict that Bradley Beal will be one of the starting guards in what seems like a much deserved selection following what many believe to be a “snub” last year. The other guard spot was split between five votes for Kyrie Irving, one vote for Trae Young, and one vote for Jaylen Brown. The other guard spot will likely be filled by one of these players, let’s take a look at their performance so far this season.

Two players received votes from all of the writers to be selected as an All-Star reserve. Those players are James Harden and Domantas Sabonis.

Those 5 players (Harden, Sabonis, Brown, Tatum, and Lavine) would fill up 5 roster spots for the Eastern Conference reserves, leaving one forward spot and one wild card spot open. Among players who received votes from the writers, Bam Adebayo would likely fill the forward spot and the last wild card spot would be a struggle between Collin Sexton and Russell Westbrook; who both received two votes from our writers.

Russell Westbrook: 20.9 points, 9.5 assists, and 9.4 rebounds per game in 11 games played. The Wizards have a team record of 4-12 and are currently in last place in the East.

Between these two players, it seems like Collin Sexton is the better choice to be an All-Star this year. His team has a much better record, and although his stats may be less eye-popping, this season he has made a greater impact on his team’s success.

Other players to receive votes among Sideline Cue writers in the Eastern Conferene were Jerami Grant, Ben Simmons, Gordon Hayward, Malcolm Brogdon, Nikola Vucevic, Julius Randle, and Tobias Harris. These players may be considered the “First Ones Out”, as in players that are on the cusp of All-Star play this year.

The backcourt Western Conference players, also like the Eastern Conference, seems to be a two out of three selection between Stephen Curry, Damian Lillard, and Luka Dončić. Let’s again look at a comparison between these three players.

All of these players will likely make the All-Star team, it is just a matter of which two of these will form the starting backcourt in the West. Based on this breakdown, Stephen Curry and Damian Lillard would be the two to pick. This is mostly based on the fact that their teams have been more successful this season, with both of their teams in early playoff contention.

A few players received votes from all of the writers; Anthony Davis, Paul George, and Donovan Mitchell. These players, alongside Luka Dončić will fill four of the seven reserve spots in the Western Conference. This will leave one front court spot and two wild card spots.

Brandon Ingram would fill the final front court spot and Devin Booker would fill the first wild card spot. This leaves one wild card spot, a spot that can be filled by any player, at any position. Among the writers, there are two players that received three votes each and would hypothetically battle for the last spot. These players are Rudy Gobert and Christian Wood, let’s take a look at their performance this season.

This is a tough decision between these two players, Rudy Gobert has a better team record and is more impactful on defense, but Christian Wood is a much more dynamic offensive player.

Other players to receive at least one vote from the writers, and are then considered the “First Ones Out” in the West are Jamal Murray, Karl-Anthony Towns, Shai Gilgeous-Alexander, John Wall, and Zion Williamson.

Sophomore NBA Players that Have Impressed So Far
Beal or No Beal? 3 Trade Packages for the Star
Would you like to get Notifications for new articles?    OK No thanks