LeBron James vs Michael Jordan… Who is the GOAT? 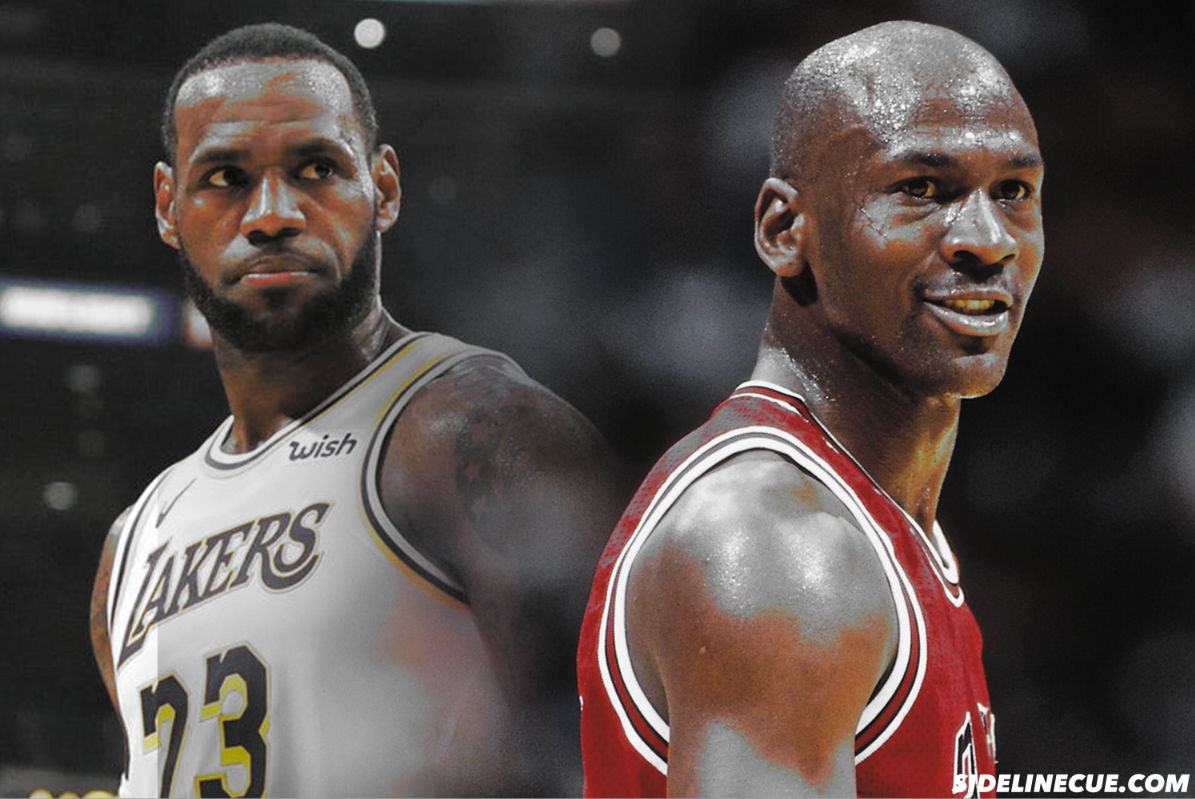 Here we go again.. The infamous question: who is the Greatest of All Time?

The debate between Micheal Jordan and LeBron James has been an ongoing topic in the basketball community for the years and it’s definitely intensified as of recent.

With LeBron leading the Los Angeles Lakers to their 17th championship and winning his 4th ring as well as his 4th final MVP, the case for LeBron just keeps on getting stronger. Many of his doubters are starting to turn their head to what LeBron has been able to accomplish throughout his career.

I’m not here to tell you who’s the GOAT, but… to present some facts for you.

With LeBron still playing at an elite level at the age of 35, he still has a couple of years left in the tank to keep playing on an elite level if he doesn’t get injured.

Jordan is a better scorer as he averaged 33.4 PPG while LeBron averages 28.8 PPG. Although Jordan has LeBron beat with points, LeBron has Jordan beat with more rebounds and assists. He even has a better field goal % than Jordan does. Both have similar 3 point percentages and block statistics, Jordan beating LeBron only one other statistical category: free throws.

As LeBron has made 10 finals appearances. His finals record is not outstanding. His record is 4-6 where Jordan is perfect in the finals 6-0.

So Who is the GOAT?

LeBron James is overall the best basketball player statistically and the all-around better player than Michael Jordan. Jordan beats LeBron in scoring and is a better defensive player. Jordan won in the biggest stage and when it counts he was better. Although having an undefeated Finals record, he still has had many playoff losses and wasn’t able to beat the Bad Boy Pistons till later or the Celtics dynasty. LeBron had more All-Star teammates and better supporting cast then Micheal.

So back to the question… Who is the GOAT?

There is no right or wrong answer as both players are in a league of their own, but who do you think is better?

Top 3 Potential Victor Oladipo Trade Ideas
3 NBA Stars that NEED to be Traded Now
Would you like to get Notifications for new articles? OK No thanks