Shai Gilgeous-Alexander: The Breakout Player No One is Talking About 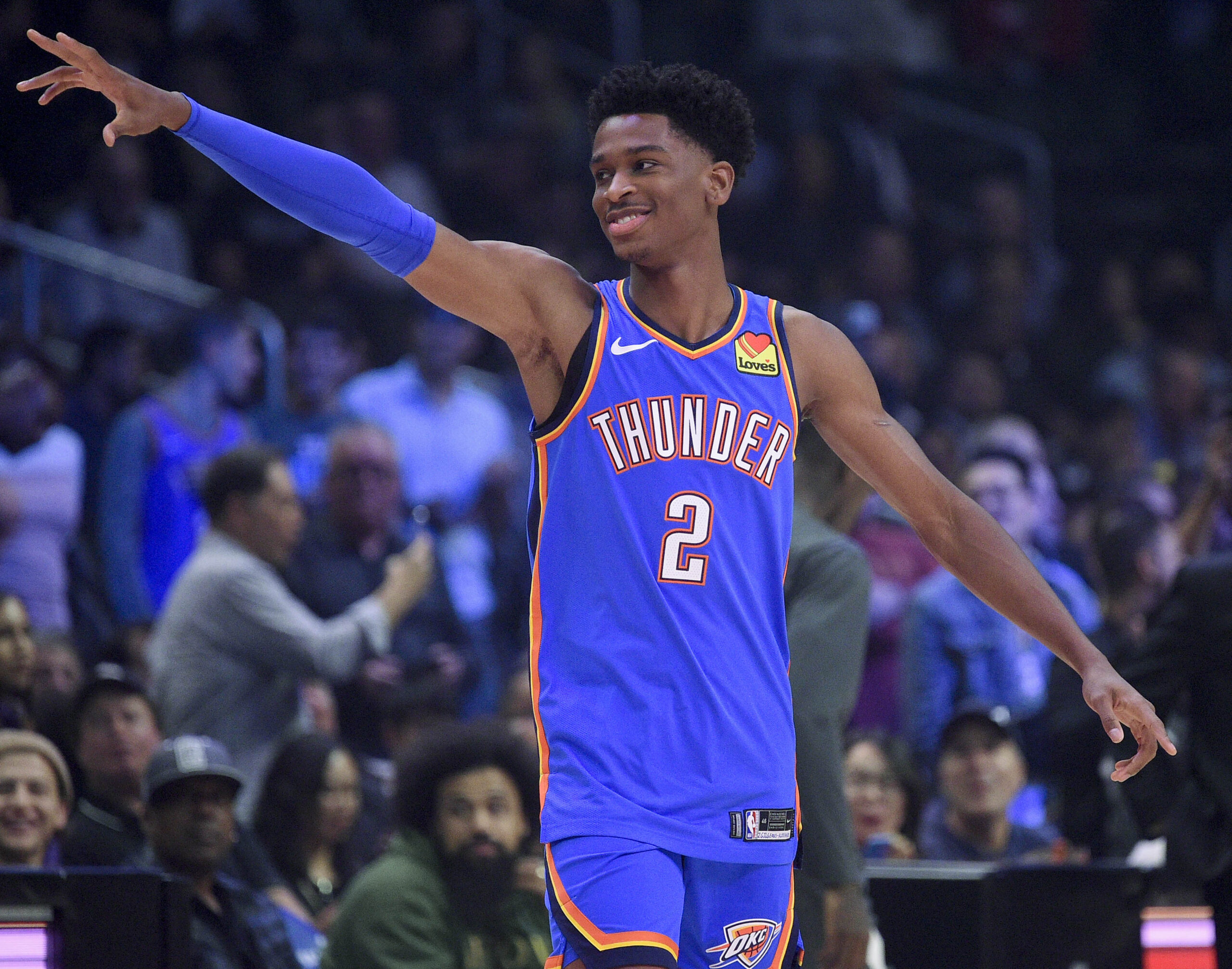 The Oklahoma City Thunder have entered a full rebuild, having moved on from stars such as Russell Westbrook, Paul George, and Chris Paul. The Thunder now boast an impressive 19 first round draft picks between now and 2027. They also have several talented young players such as Luguentz Dort, Darius Bazley, and rookie Theo Maledon. The Thunder also have one of the best young combo-guards in the NBA, Shai Gilgeous-Alexander. This season has generally been disappointing for Oklahoma City, and likely will finish that way, but one very bright spot that not many people have noticed is the play of Gilgeous Alexander.

Gilgeous-Alexander has also taken a leap in playmaking ability, nearly doubling his assists per game average from last season from 3.3 to 6.5 this season. While he may not be surrounded by immense talent, he has led his team to a 10-14 record, which currently is still only 2.5 games out of 8th place in the Western Conference. This jump in playmaking ability has brought out an aspect of his game that we previously had only seen glimpses of. The Thunder’s most common starters alongside Gilgeous-Alexander of George Hill, Luguentz Dort, Darius Bazley, and Al Horford are shooting a combined 40.9% from the field on shots after receiving a pass from Shai. This translates to Gilgeous-Alexander giving his teammates open, quality shots that they are oftentimes able to make.

Let’s look at Shai Gilgeous-Alexander’s stats alongside some other prominent guards in the NBA. This is no claim that Shai is more talented than these players, simply a comparison of stats this season among other guards, some of whom are considered to be All-Stars this season.

These other guards are being talked about as potential All-Stars this season, and De’Aaron Fox won Western Conference Player of the Week last week. Gilgeous-Alexander has similar baseline stats to each of these players, with slight differences. By no means am I stating that Shai should be an All-Star this year, but rather bringing some attention to the season he is having in comparison to other stars.

All stats taken from ESPN.com, NBA.com or Basketball Reference unless otherwise stated.

3 Teams That Could Sneak Into the Playoffs
Top 3 MVP Candidates This Season So Far
Would you like to get Notifications for new articles?    OK No thanks