The Case for the NBA Play-In Tournament 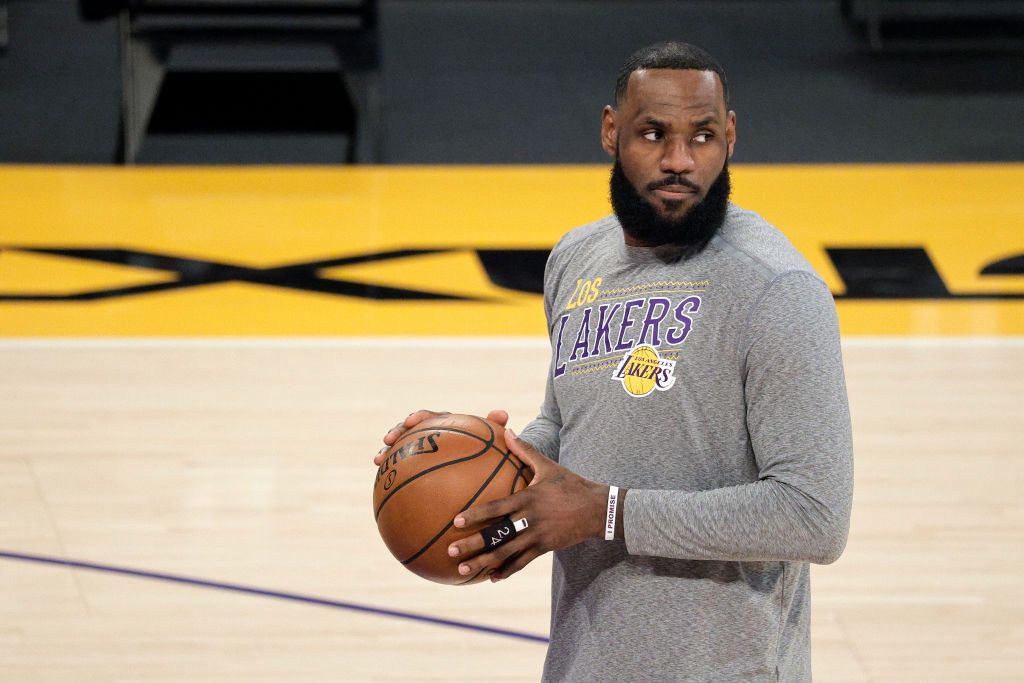 The debate around the NBA play-in tournament for the 7-10 seeds has been reignited after LeBron James postgame press conference, where he stated “Whoever came up with that *blank* should be fired.”

We also saw the Dallas Mavericks have some choice things to say about the NBA’s decision to implement such a tournament, back when the Mavericks were flirting with a play-in spot.

I don’t want to write this scrutinizing anybody’s comments, because that’s neither here nor there. I’d rather take an objective look at the potential case for the play-in tournament, its benefits, and what the NBA needs to consider going forward if the play-in tournament is going to be a long-term part of the NBA.

So, if you’re still not entirely familiar with how the play-in tournament is going to work, let me break it down for you.

In the first game: the 7th and the 8th seed will face off against one another. The winner of that game will secure the 7th seed playoff spot.

In the second game, the 9th and the 10th seed will face off. The winner moves on to game 3. The loser enters the draft lottery.

Now, remember the loser of the first game between the 7th and the 8th seed? That team will play the winner of the 9th and 10th seed game. Whichever team wins that matchup will secure the 8th playoff spot.

It’s a little confusing, but hopefully that helps you get a general idea of how it works.

Now obviously there’s reasoning behind the NBA implementing this change. Typically, by this point in the season, a lot of the teams that are pretty much locked for the playoffs, regardless of seeding, are checked out by now. Star players start resting, deep bench players start getting increased minutes, and coaches are experimenting with rotations to try and prepare for the postseason.

The result is some fairly undesirable basketball. Big market superstars aren’t playing, so who’s going to tune in when the biggest draws are resting? One of the benefits of the play-in tournament is that it gives these late regular-season games significantly more meaning. The bottom half of each conference is fighting to stay above the threshold of becoming a play-in team.

The result is some pretty fun basketball. These games have REAL MEANING now. Everybody wants to avoid the play-in. Every team that hasn’t clinched a playoff spot is fighting tooth and nail to stay above the 7th seed.

We hear all the time “regular season games are meaningless, I’ll just tune in for the playoffs”. The play-in tournament has helped remedy that mentality to a certain degree. This is the most hype around the regular season I’ve seen in my years of being an NBA fan.

We’ve seen so many players, year after year, coast their way into the postseason. Almost half the year post-All Star break is spent by some of the league’s top players resting for the playoffs.

Now we see teams fighting for favorable matchups and trying their best to avoid the play-in tournament. It’s a level of competitiveness that we haven’t seen from the NBA in recent years. The result is great for fans of the NBA, both diehard and casual.

Now, one good point that’s been raised that I think is worth addressing is that, in a shortened season, the increased stress and wear-and-tear from the play-in is just overall a bad idea. And I don’t entirely disagree. But overall, I think the play-in is pretty beneficial for the league as a whole.

We’ve heard fans clamor for a more exciting regular season. Now that we have it, all you see is criticism.

I find it particularly interesting that the main times that we hear criticism of the play-in tournament is usually coming from teams that are sitting in a play-in spot. Draymond Green commented criticizing it, the Mavericks shared their criticism, and now LeBron is voicing his critique of it. All of them were in play-in spots at the time they made their comments.

So that’s worth noting.

I think there are some very valid criticisms to be made against the play-in tournament; however, they’re more situational than anything. Maybe this season it wasn’t the best idea, but the play-in tournament keeps fringe playoff teams relevant, it keeps the regular season games competitive, and it allows more exciting opportunities for different playoff matchups.

From a purely entertainment perspective, it’s a fantastic idea.

I understand players having issues with it, maybe from the wear-and-tear perspective.

But from a competition perspective? If you’re scared of the competitive aspect of the play-in tournament, if you’re scared of potentially losing to a lower seeded team and missing the playoffs, then consider how your team ended up in that spot in the first place.

I can name a bunch of players throughout NBA history who would’ve been salivating at the idea of being able to upset their way into the playoffs.

In the words of Damian Lillard, players are “running from the grind”.

At the end of the day, the play-in tournament is making for some of the most exciting regular season games we’ve seen recently. I would imagine it’s here to stay.

Players criticizing it only increases the NBA’s exposure and likely leads to increased viewership, resulting in this feedback loop that will only encourage league executives to continue pushing for it.

I have absolutely loved this late stretch of the season, and we’ve avoided the “dog days” of the last quarter of the season. I think a lot of that can be attributed to the implications of the play-in tournament.

Personally, I hope it’s here to stay. The NBA Players’ Association had to vote to approve it. We didn’t hear much of anything in the way of criticism back then. That doesn’t seem coincidental. It’s almost as if circumstances dictate whether or not players and teams take issue with it, particularly when it impacts them.

Why the Knicks are the Biggest Sleepers for the Playoffs in the East
Top 3 NBA Teams That Should Go Into A Rebuild This Offseason
Would you like to get Notifications for new articles? OK No thanks