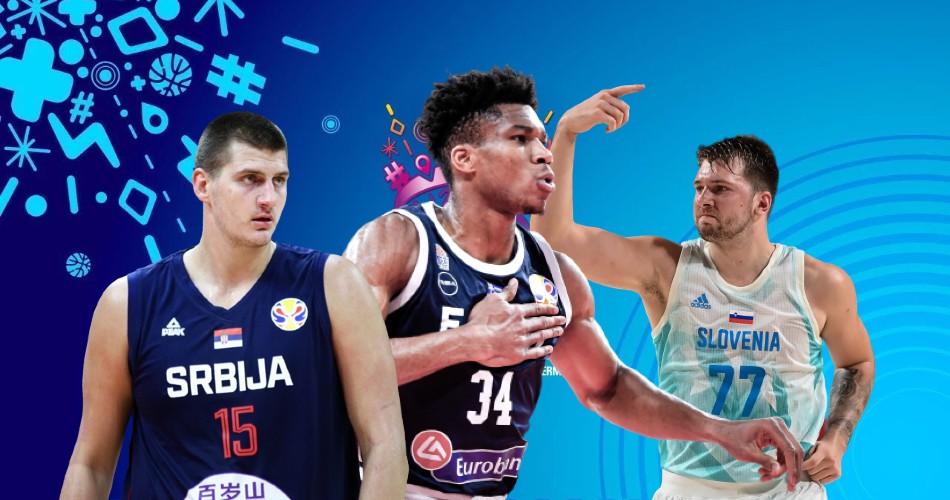 In America, the NBA grabs most of the professional basketball attention but it is not all that is out there. In the basketball dog days of August/September the EuroBasket tournament gives us some great basketball.

Every 4 years (it has been 5 because Covid) the nations of Europe compete in a three-week international basketball tournament.

24 teams are divided into 4 groups in which they play a round-robin style pool play (play everyone else in your group). The top 4 teams in each group advance to a single elimination knockout bracket.

Since it’s creation, the tournament has gotten better every time because of the growing global game. If you do not believe me about how talent-filled this tournament is here are the NBA players by country.

For anyone counting that is three top 6ish players in the NBA and multiple all star or near all star level players.

Take a second to admire how stacked group B is. One of Bosnia (Nurkic), Slovenia (Doncic), France (Gobert), Germany (Wagner), and Lithuania (Sabonis and Valanciunas) won’t make the knock out round.

Games to Watch (Times in EST)

All games are in Eastern and are on ESPN+ (which I highly reccomend getting if you havent already).

My biggest takeaway from the group stage is how Bosnia gets screwed with their group. They have one of the 16 best rosters but their group causes them to miss the knockout stage.

Spain used to be the powerhouse of Europe, but now they struggle to put together a contendor and they fall to a decent German team.

This is where the games get incredible. Slovenia vs Croatia could go either way but Doncic is just too much. Gobert gives France a punchers chance but the best player in the world is just too much.

The two worst teams left somehow get paired in Germany and Italy. Jokic vs Sabonis/Valanciunas provides an incredible frontcourt clash but Jokic wins the duel.

Theis and Wagner are no match for the Greek freak. Slovenia’s lack of competent big men results in a big Jokic game and a Serbian win.

The finals I WANTTT. Giannis vs Jokic! The two teams played in a world cup qualifier earlier this a couple of weeks ago where Jokic and Serbia got the best of Giannis and Greece.

I think the game would be close but the best player in the world steps up and Greece wins EuroBasket 2022 and Giannis wins player of the tournament.

Every NBA Team’s Most Underrated Player: Northwest Division
How Far Can the Pelicans Go?
Would you like to get Notifications for new articles?    OK No thanks