Top 5 NBA Games at the Start of the Season 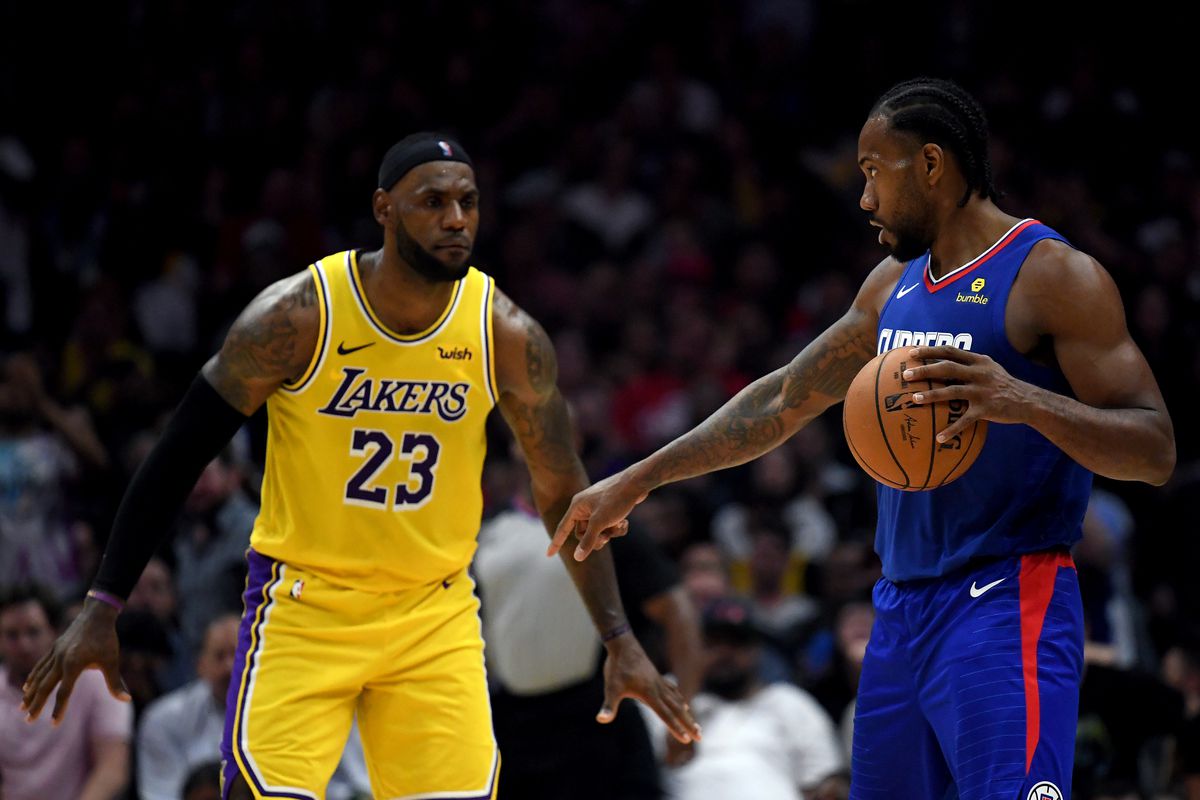 There’s going to be a lot of exciting games this upcoming season in the NBA. A lot of revenge games and enticing matchups that are going to occur in the first half of the season. Although the season will be kind of weird with not as many fans, basketball is still basketball regardless.

Warriors and Stephen Curry will be facing off against Brooklyn Nets and Kevin Durant in the first matchup of the season. Definitely a game to watch as Kevin Durant used to be on the Warriors. The Nets are going to be a top team in the Eastern Conference with all the talent they have. With Kevin Durant, Kyrie Irving, Caris Levert, Spencer Dinwidde, Joe Harris, etc., the Nets will be a team to watch.

Although the Warriors aren’t full power as they don’t have Klay Thompson, it’ll still be exciting to watch them. Warriors have added players like Kelly Oubre Jr. and James Wiseman to the team to still make a good run in the playoffs.

This game will be fun to watch as Kevin Durant plays against his old team in the Warriors.

The Clippers are looking to prove to everyone that the last season was a fluke and they’re better than they showed to be in the playoffs. With additions to both teams, this game will be very interesting to watch.

After Marcus Morris said “They weren’t better than us” to the Nuggets after they gave up a 3-1 this past week… this game gets more enticing for sure. The Clippers made some new additions to the team and it’ll be interesting to see how those additions add up against the Nuggets. The Nuggets lost one of their best players in Jerami Grant but will look to prove that the playoff series win last season was not a fluke.

Both teams will have something to prove and it will definitely be a game to watch. Not to mention, it’s also a Christmas game.

This game will definitely be fun to watch as the brothers are going to be playing each other for the first time and of course Zion is always a fun player to watch with his crazy dunks.

This game will be very interesting in my opinion due to the Westbrook/Wall swap. Although I don’t think there’s much beef or really beef at all for these players against their old teams… it’s still definitely going to be fun to watch. John Wall was caught by surprise by the Wizards front office when they decided they wanted to build around Bradley Beal now instead of John Wall and he was shipped shortly after to Houston.

After being in Washington for 10 years, Wall playing his old team will definitely be something to watch. I don’t think Russell Westbrook cares too much playing against Houston but still something to watch to see which player plays better.

Top 10 NBA Centers Right Now
5 Players to Watch at the Start of the Season
Would you like to get Notifications for new articles?    OK No thanks